When Kohli Calls The Coach

With Ravi Shastri in the lead, the long saga of appointment of the Team India coach is drawing to a close 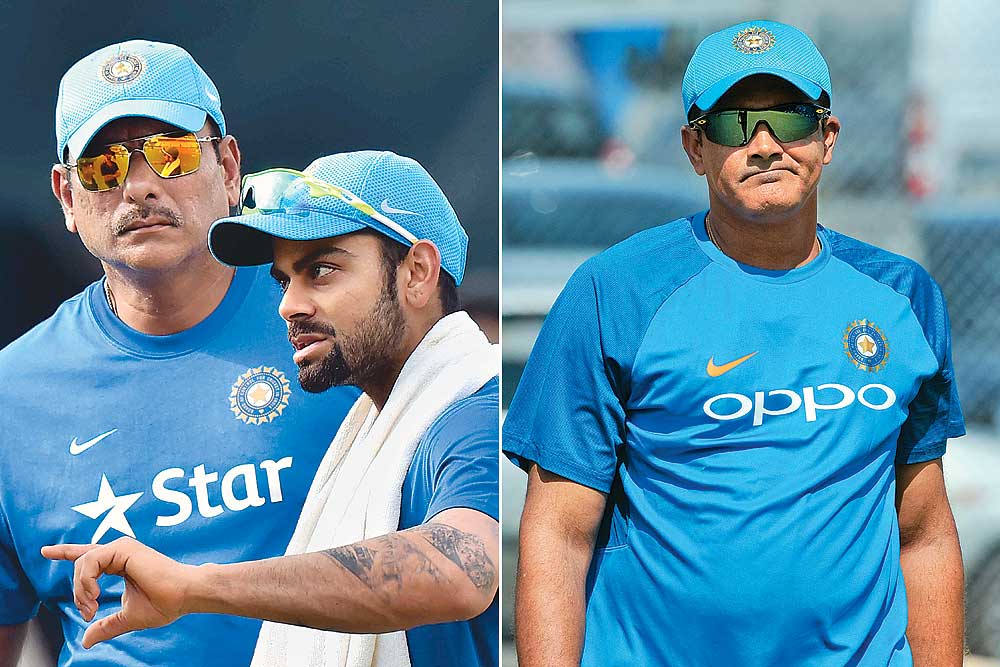 Virat Kohli had excellent relations with Ravi Shastri, but not with Kumble
Photographs by PTI and AP
Qaiser Mohammad Ali July 07, 2017 00:00 IST When Kohli Calls The Coach

It’s remarkable how often Sunil Gavaskar—with his immeasurable on- and off-field cricketing experience—tends to make corr­ect predictions. Before the 1999 World Cup final, when a reporter asked him who could be Man of the Match, he said without batting an eyelid: “Shane Warne”. A correct call, of course. This week, Gavaskar predicted his former India teamm­ate, Ravi Shastri, will be the frontrunner for the post of head coach of the Indian team. We will soon know if the Little Master has got it right again, as the BCCI is set to ann­ounce the winner on July 10—also Gavaskar’s birthday.

The BCCI-appointed Cricket Advisory Committee (CAC), comprising Sac­­hin Tendulkar, Sourav Ganguly and V.V.S. Laxman, is scheduled to conduct  interviews based on a possible shortlist of names that the BCCI would forward to it, and choose the chief coach for a two-year term, ending with the 50-over World Cup in 2019. But before that, there is the matter of the cricketers’ minds. BCCI CEO Rahul Johri is scheduled to be in...