She was his ‘pearl’; he her ‘law-giver’. Gandhi’s relationship with Saraladebi Chowdhurani in 1919-1920 charged his politics, threatened his marriage and alarmed his disciples. 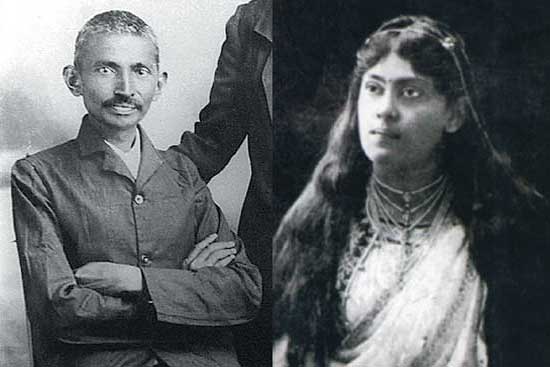 “You are mine in the purest sense. You ask for a reward of your great surrender, well, it is its own reward.”

It was a life-changing year for Mahatma Gandhi. In March 1919, the British passed the draconian Rowlatt Act to crack down on political protests. In April, General Dwyer’s men opened fire on crowds protesting against the Act in Amritsar’s Jallianwala Bagh, resulting in a horrific massacre.  In October, Mahatma Gandhi fell in love. He was then fifty and the woman, Saraladebi, was forty-seven. She happened to be the niece of Rabindranath Tagore. Though Gandhi had met her earlier, it was not until he stayed in her home in Lahore while her husband, a prominent freedom fighter from Punjab, was in jail that they really became close. So close that it almost broke Gandhi’s marriage to Kasturba.

Saraladebi was a striking woman with independent views and was highly intelligent. Gifted,...