There’s relief, and a sense of community—also potential for soul-searching. Citizens take a tentative first step. 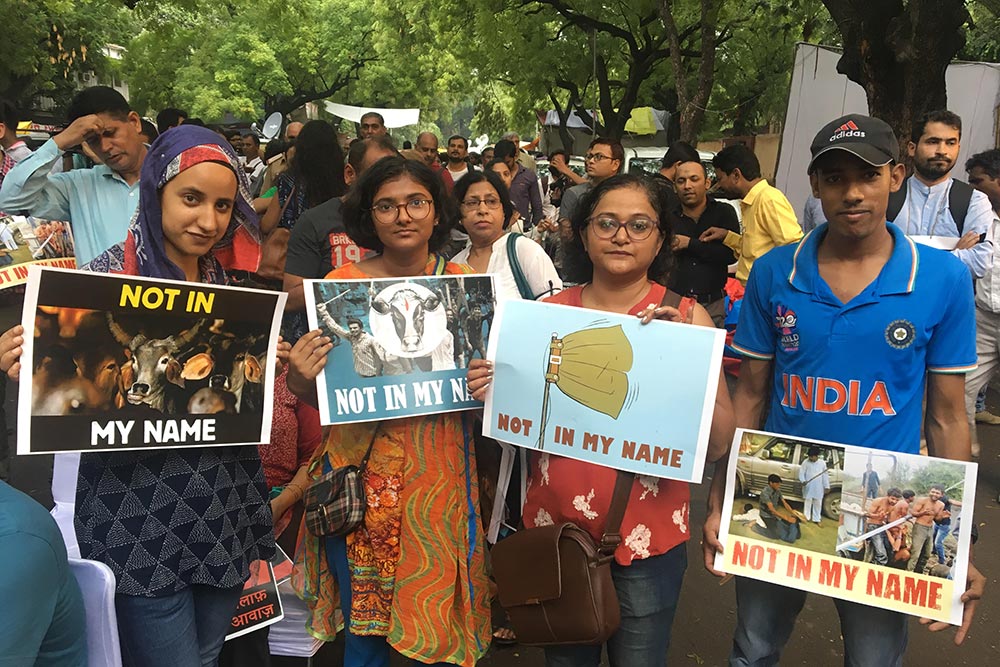 After they all went back, drenched in rain and the warm glow of togetherness eked out by strangers converging on a street, there was a jumble of feelings: exhilaration, doubt, acrimony. Born on social media, it retreated back to that space of polemics, endorsed and critiqued in turn. Was it really representative, it was asked. Was it not an elitist, liberal affectation entangled in caste and class, as always? Out there on the street, not without their own doubts, some had come carting their own freight of life’s scars, looking tentatively for comfort in numbers. Nazia was there too on Wednesday, dressed in a salwar-kameez and black hijab, obvious markers of identity.

“I thought there would be fewer people,” says the 32-year-old, scanning the venue from her vantage point: a slushy pavement at Delhi’s Jantar Mantar. The rain-soaked square was chock-a-block with people, hundreds of them, most carrying posters decrying mob violence. The spate of lynchings, which rumbled on even after 15-year-old Junaid’s cold-blooded murder sparked this series of...