What If We Were Together?

The Partition was a tragedy, but the greater tragedy is that today the dream of a united India is the fantasy of the fanatics. I have been party to a fantasy of this sort myself... 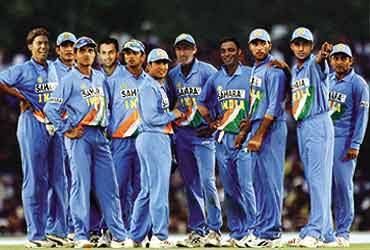 AP, Digitally Altered By Jayachandran
Amitava Kumar August 23, 2004 00:00 IST What If We Were Together?

The X-ray had been made in June 1946. It showed two dark circles surrounded by an irregular white border—proof that the patient was suffering from severe tuberculosis and did not have long to live. The pair of lungs in that X-ray belonged to Mohammed Ali Jinnah.

In the book Freedom at Midnight, Larry Collins and Dominique Lapierre write that if Louis Mountbatten, Jawaharlal Nehru or Mahatma Gandhi had been aware in April 1947 of Jinnah’s illness, "the division threatening India might have been avoided."

The story about the X-ray—and stretching behind it, a view of history where chance has greater consequences than anything else—blurs the line between fact and fantasy. Its appeal lies in its ability to tease the past with another, tantalising possibility. But, in this case, the possibility is one that exercises a powerful hold on our imagination. What if the partition of India hadn’t taken place?

The subcontinent would not...