"What If She Was Your Child?"

Whenever it wants, the government throws up our case, say Ishrat’s sister and mother 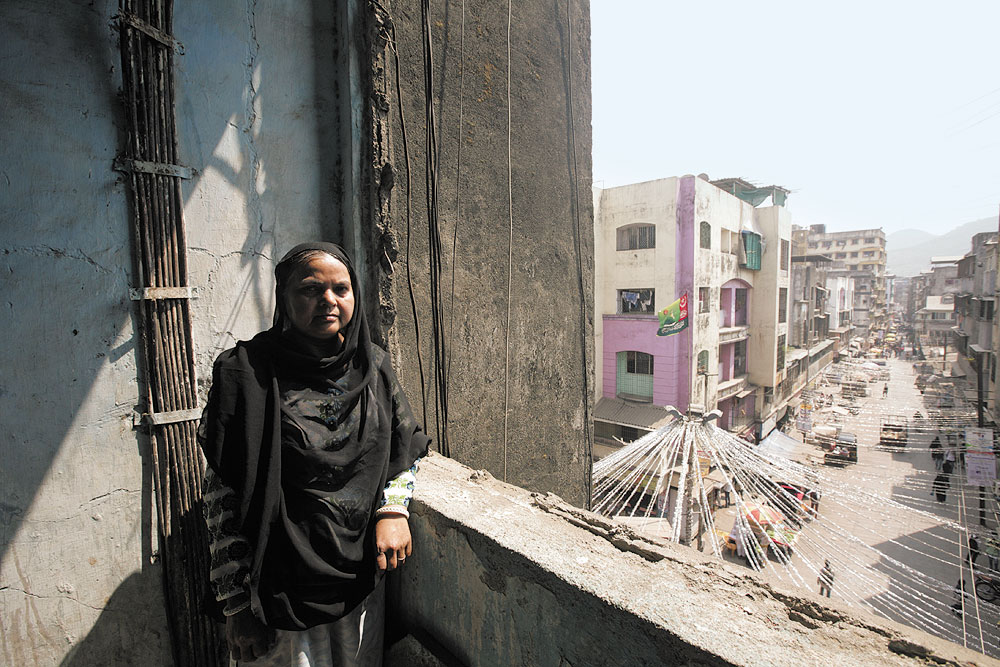 Ishrat Jahan’s mother Shamima in Mumbra
Photo by Amit Haralkar
Prachi Pinglay-Plumber March 04, 2016 00:00 IST "What If She Was Your Child?"

A huge military tank outside the congested Mumbra railway station, aro­und which crowds and autorickshaws scuttle about, stands as a symbol of national pride and security in this Muslim ghetto, which also houses a Durga temple on a nearby hill. The way to the slightly dilapidated two-room house in Rasheed Compound, where Shamima Kausar, Ishrat’s mother, lives, is through a crowded and noisy market. Shamima shops once a day, for she can’t climb four floors and huffs and pants her way up.

Shamima and Mussarrat, Ishrat’s younger sister (currently in Patna with her grandmother), make every effort to avoid the media. “I agree we got media support, but just see what has happened now?” asks Mussarrat, a graduate, who has decided to see her sister’s case through. “Every time the government wants to divert attention from something, such as the budget, Ishrat’s case is brought out...the same allegations follow. We are real people. Doesn’t anyone get this?”

Rauf Lala, a family friend who has been helping them...