What He said Was In The Past 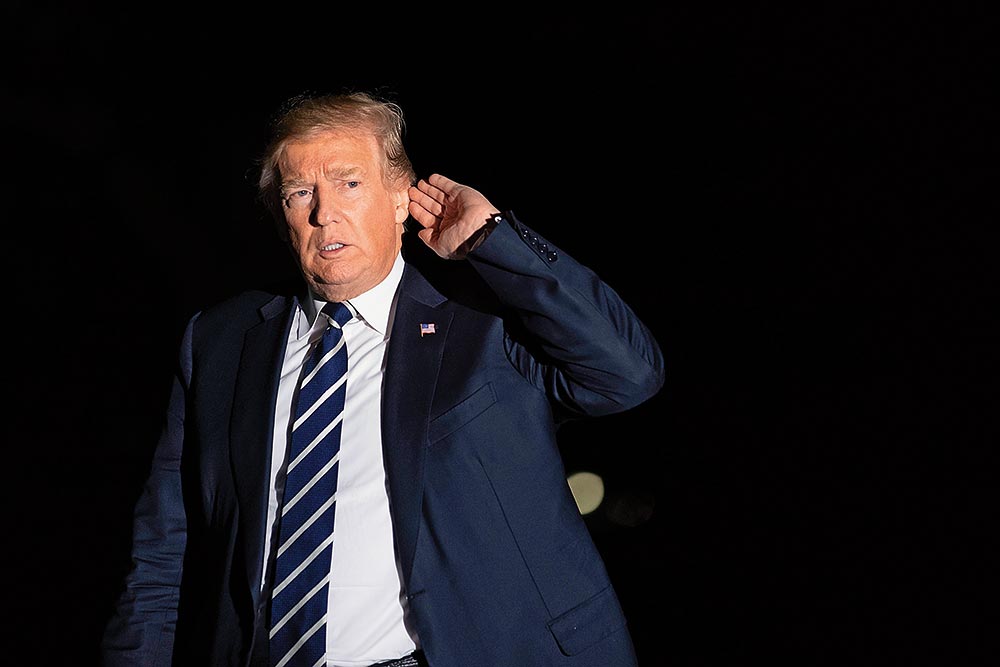 US President Donald Trump’s policy pronouncements, often delivered via punchy tweets, are about as predictable as the series of storms battering America this season—one knows when one is coming and the possible areas, but not the damage and confusion it can wreak.

The growing India-US ties notwithstanding, a possible Donald Trump tweet putting India in a spot was never really beyond South Block’s reckoning. The question was, perhaps, its time of arrival.

It came last weekend (October 14-15)—a tweet that jolted many in the Indian est­ablishment: “Starting to develop a much better relationship with Pakistan and its leaders. I want to thank them for their cooperation on many fronts,” Trump wrote.

A flip-flop on a key issue is a Trump hallmark—he has done it many times, emba­rrassing his officials and policy planners and delighting his detractors. Despite that, this 180-degree turn by Trump, who till a few days back had identified Pakistan as the main source of instability in the AfPak region and publicly...