What Has Led To Crisis In India's Aviation Sector

The aviation sector is in the midst of a meltdown; flights grounded, tourism worst hit 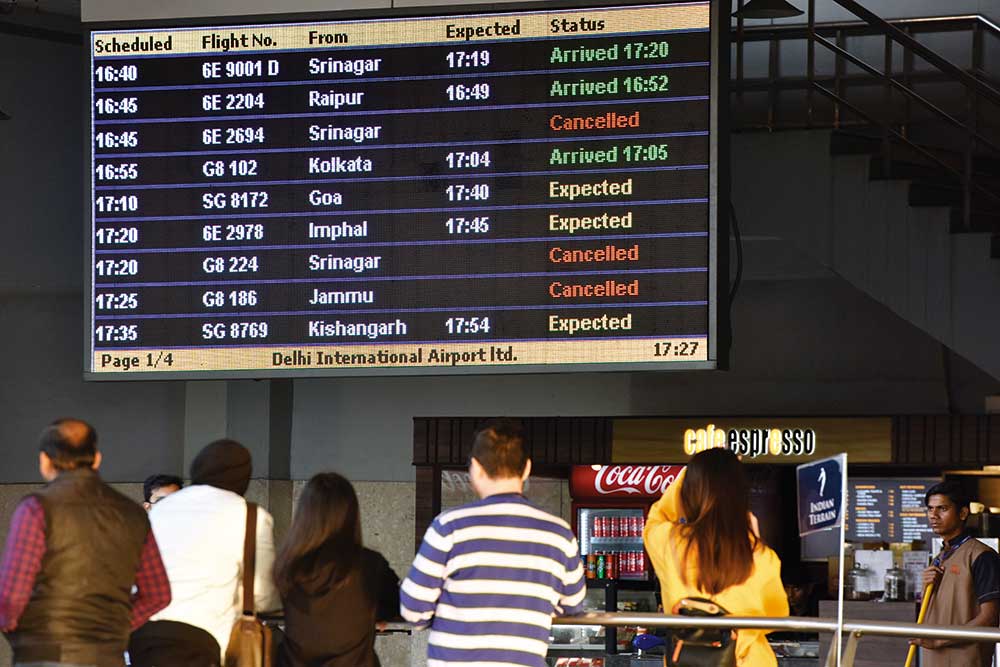 Writing On The Board
Cancellation has become a recurring problem
Photograph by Getty Images
Jeevan Prakash Sharma March 20, 2019 00:00 IST What Has Led To Crisis In India's Aviation Sector

A group of sixteen tourists from Mexico—yes, Mexicans travel for leisure too—landed in Delhi rec­ently en route to Khajuraho, inv­esting their hard-earned pesos for a rendezvous with ancient Indian erotica. But their connecting Jet Airways flight via Varanasi was cancelled at the last minute without a caveat. The choice then was an Air India flight—which flew on alternate days and its fares were as inflated as a tortilla stretched to the size of a sombrero. Blowing hot like a jalapeño over the unexpected turn of events, the mariachis abandoned their up close and personal encounter with Kama Sutra and ret­urned home. “It threw their plans and budget to the wind. A couple of Australian tourists had a similar exp­erience and had to go back without reaching their intended destinations,” says Amit Prasad, CEO of tour operators Le Passage to India.

These examples reflect the current state of India’s aviation sector, which is besieged with flight delays/cancellations and fares touching the sky—forcing hundreds of...