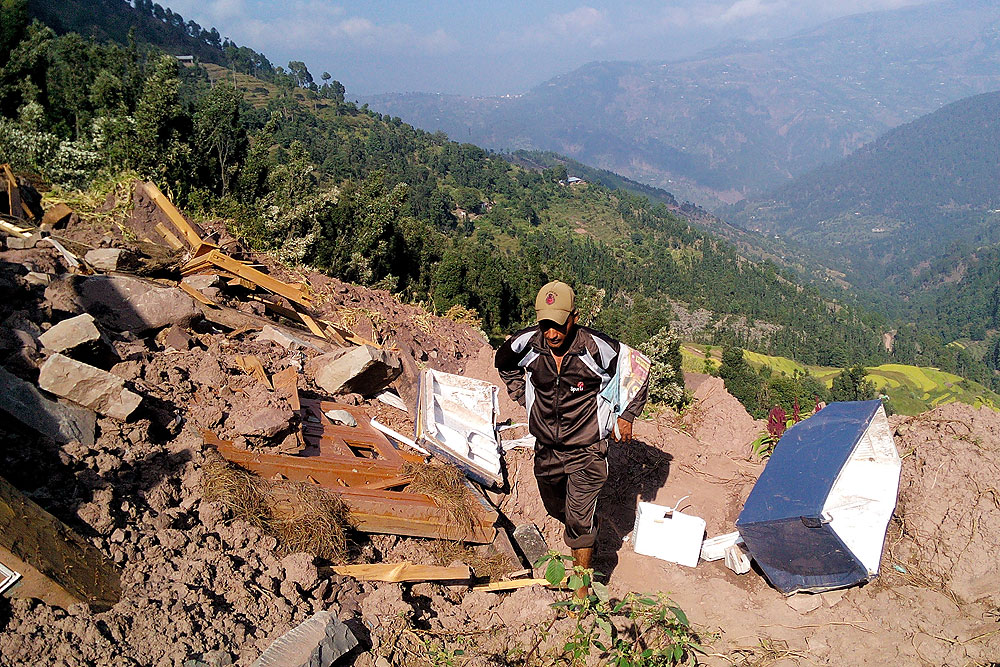 Posters showing development work at Sangwali village on the Jammu-Srinagar highway occupy pride of place on the walls of the constituency office of Jammu MP and MoS at the PMO, Jitendra Singh. Those from the constituency visiting New Delhi have seen the same ‘Adarsh Gram’ posters in the minister’s North Block office, too. Residents of the ‘model village’—one of five the minister has ‘adopted’ so far—are not amused, though. Because when you scratch the surface of the ‘model’ claims, all you see is deceit.

For instance, what passes as street lights in the posters are actually lamps installed in a park, while there are none in the rest of the village. The park had been laid out during the reign of the UPA to commemorate an army officer, Lieutenant Sushil Khajuria, who died in an encounter with militants in September 2011.

The other development works shown in the posters, too, are not from Sangwali but its adjoining villages, the residents point out. There is also a photograph captioned “Journey of...