"Well, I Would Certainly Not Defend Operation Parakram" 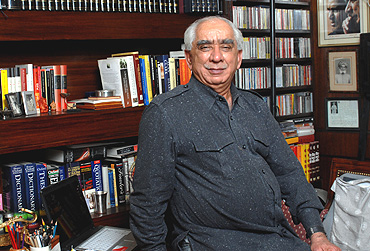 outlookindia.com
-0001-11-30T00:00:00+05:53
Jaswant Singh was India’s foreign minister in the government of Atal Behari Vajpayee, which saw the most dramatic era in India-Pakistan relations. Now leader of the opposition in the Rajya Sabha, he was open about the past and gave his views on the present in a conversation with Outlook. Excerpts:

How do you judge the UPA’s handling of Pakistan post-9/11?

Do you think the UPA government has handled the aftermath of Mumbai 26/11 competently enough?

Don’t ask me to make judgements. The other aspect of 26/11 was that for 70 hours the country was brought to a standstill and all decision-making came to a stop. The problem arises when the political leadership abandons responsibility and leans on a foreign power to do its job.

There was massive troop mobilisation during...