Welcome Aboard The Shri Ramayana Express

On the heels of Ram bhakts aboard a careworn train on an epic journey, where workaday discomfiture is swept away by timely tides of devotion 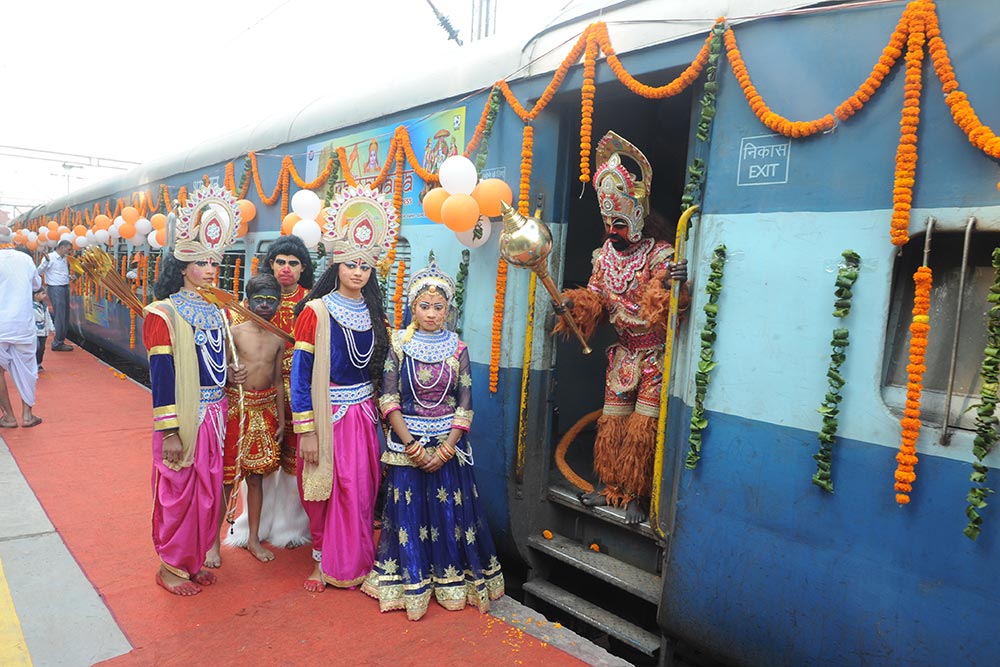 Rail Parva
Artistes dressed as characters from the Ramayana in New Delhi at the flagging off of the train
Photograph by Tribhuvan Tiwari
Salik Ahmad November 22, 2018 00:00 IST Welcome Aboard The Shri Ramayana Express

As the train staggers out of the platform, Ramakant Agarwal lays his palms on his chest in an act of devotion, as speakers fixed above ceiling fans in the sleeper-class coach plays on loop a holy muzik: “Ram Siya Ram, Ram Siya Ram….” The stars and the planets favour the retired banker, now an astrologer. Sitting next to the 70-year-old man in thick spectacles—sparkling gems on his beringed fingers, a marigold garland around his neck, a smattering of rose petals in his hair and a vermillion mark on his forehead from the ceremonial welcome—is wife Uma, a retired college principal, who carries a home-stitched purple handbag.

The couple is among nearly 800 people on the maiden run of the Shri Ramayana Express, Indian Railways’ special pilgrimage train covering places associated with god Ram over 16 days. The epic voyage begins at Delhi’s Safdarjung railway station, where a red welcome mat is spread out for the pilgrims....