‘We Won’t Reconsider Support Even If The CM Is Replaced’

The MIM chief, who is often accused of orchestrating communal tension and playing politics, on the latest crisis 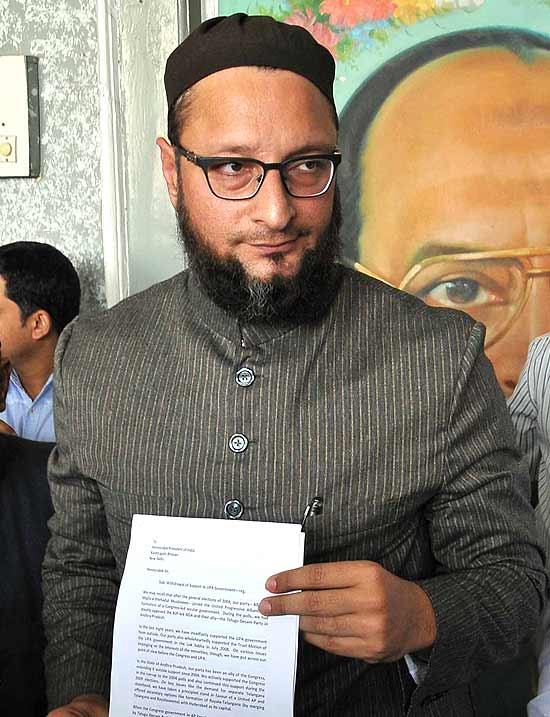 Asaduddin Owaisi, the MIM chief, is often accused of orchestrating communal tension and playing politics to extract the maximum from larger parties. He spoke to Madhavi Tata:

The MIM is being accused of the politics of opportunism. Is the Mahavir Hospital land issue behind your decision to withdraw support to the Kiran Kumar Reddy government?

I run two hospitals with 300 beds each. We provide services at very low rates. Yes, we did make a representation for the Mahavir Hospital land, as the lease has ended. But before we withdrew support, we gave it in writing that we don’t want the land. That’s too small an issue for me to influence the decision of withdrawing support.

What is the Bhagyalakshmi temple issue?

My father (Salahuddin Owaisi) used to tell me a small idol was placed by an old woman next to the Charminar. She’d apply kumkum on it and seek alms. In 1981, it became a concrete structure. In the last 18 years, I have seen it growing. Now it has power and water connections and...