'We Want A Just Result For Reka'

'Murthy had such authority, that he hired and fired employees on whim, and that he took pride in his ability to control people's lives and careers in this way.' 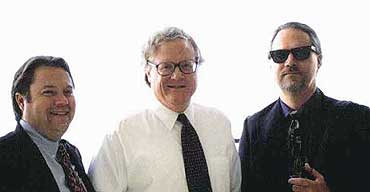 Randall Aiman-Smith, 50, of Oakland-based McPhee and Aiman-Smith, is the attorney of Reka Maximovitch, who filed a sexual harassment complaint against Infosys Technologies Ltd and its US-based former head of global sales and marketing division, Phaneesh Murthy, on December 17, 2001, at the Superior Court of California in Alameda in Oakland. Reka was earlier Murthy's executive assistant. Kamla Bhatt spoke to Aiman-Smith about the case in Oakland, California. Excerpts:

When did Reka Maximovitch come to you, and how long did it take to draft the complaint?
Reka Maximovitch was a friend of a client we already had. My office specialises in complex large employment and class action cases. Obviously, I met and spoke with her in advance to gain information to file the complaint. I am not sure, but I probably met her a month or two before.

The complaint makes it clear that Maximovitch had a relationship with Murthy. Don't you think it weakens the case?
No, it does not. I am kind of astonished that anybody would say that....