'We Don't Consider Anyone Atalji's Successor'

In his only interview till date this year, the media-shunning RSS-chief spoke on a wide range of issues in the context of the Atal-Advani leadership row and the VHP's raised pitch on the mandir issue. 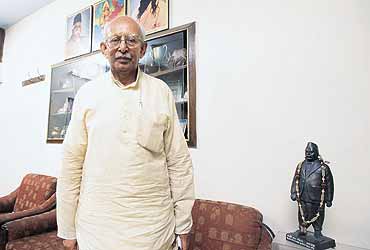 "The Shankaracharya says, give up Kashi and Mathura. If we had to do this compromise, we would've done it in '91."

"[VHP] think some people want to finish them off. A sort of persecution phobia has set in and therefore they lash out. We have told them that there is no need to get aggressive."

"The court verdict has not arrived in the last 50 years. It does not seem as if that would provide a solution."

"Why base the party on personalities? Don't forget who made the big leaders: the...