The Iranian ambassador to India spoke on the economic and diplomatic fallout of US sanctions. 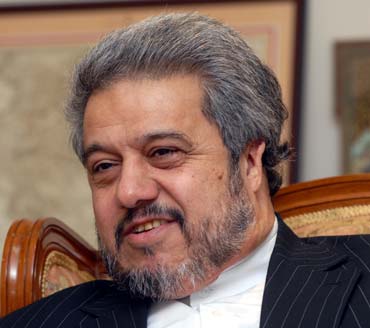 outlookindia.com
-0001-11-30T00:00:00+05:53
The Iranian ambassador to India, Sayed Mahdi Nabizadeh, spoke to Outlook on the economic and diplomatic fallout of US sanctions. Excerpts:

During the past few years, there has been tremendous progress in trade volumes between India and Iran. In 2006-07, bilateral trade reached $9.33 billion, a spectacular increase compared to previous years. We have some MoUs with the Indian government. If they materialise, it will raise volumes to $40 billion. These include the Iran-Pakistan-India gas pipeline project, sale of LNG to India, establishment of an oil refinery in Iran, three petrochemical plants for production of urea, ammonia, olefin and methanol, and also two steel factories. Several Indian companies have come with investment proposals. Let negotiations come to a conclusion and we will talk later. What about the sbi not honouring Iranian letters of credit (LC)?

The LC issue is affecting bilateral trade, but attempts are on to resolve it. Last month, deputy governor of the Iranian...