"We Can't Have Two PMs, Two Constitutions, But Talks With The Nagas Are Still Going On" 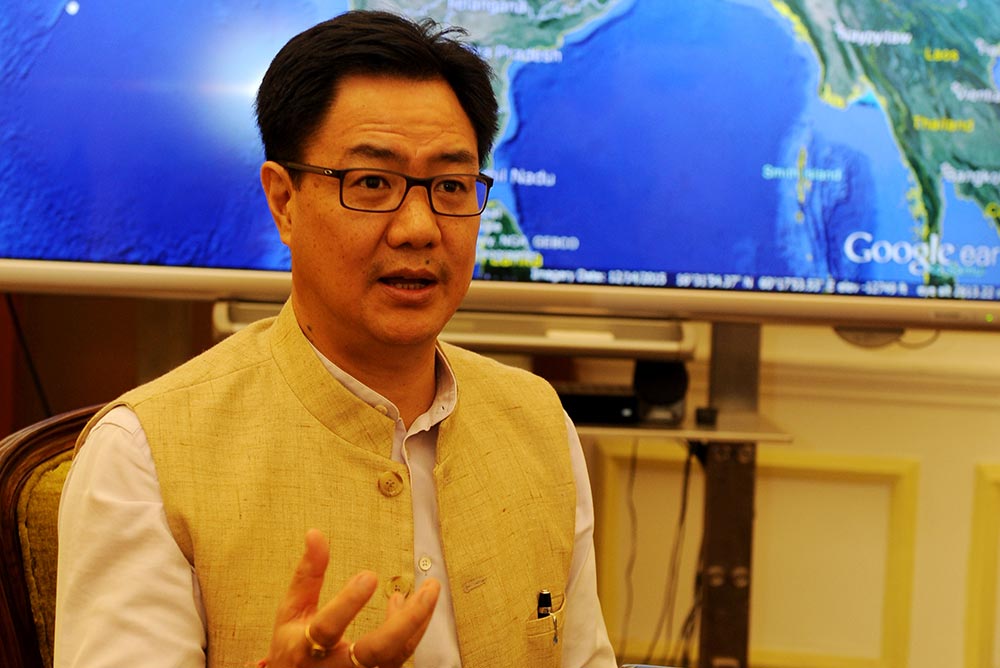 Photograph by Tribhuvan Tiwari
Bula Devi July 01, 2016 00:00 IST "We Can't Have Two PMs, Two Constitutions, But Talks With The Nagas Are Still Going On"

It was after some 80 rounds of ‘talks’ with the National Socialist Council of Nagaland (IM) spread over 16 years that the Centre signed, last August, what it called a “framework agreement” and the NSCN(IM) an “accord”. Therefore, when R.H. Raising, the kilo kilonser, or ‘home minister’, of the NSCN(IM), claimed last week that New Delhi had agreed to allow the Nagas to have a separate flag and passport, it caused quite a flutter before the government issued a den­ial. In an interview with Bula Devi, Union minister of state for home Kiren Rijiju, however, refuses to close the option, and says talks are still on. Excerpts:

How do you react to the NSCN(IM) cla­im­ing that the Centre has accepted its longstanding demand for a separate flag and passport for Nagas?

This report of a separate flag and passport being agreed upon by the government of India is false because talks are still on. Talks with the NSCN(IM) are based on the framework agreement. There...