‘We Broke The Rotten Benami, Black ­Economy And Its Shell Companies’ 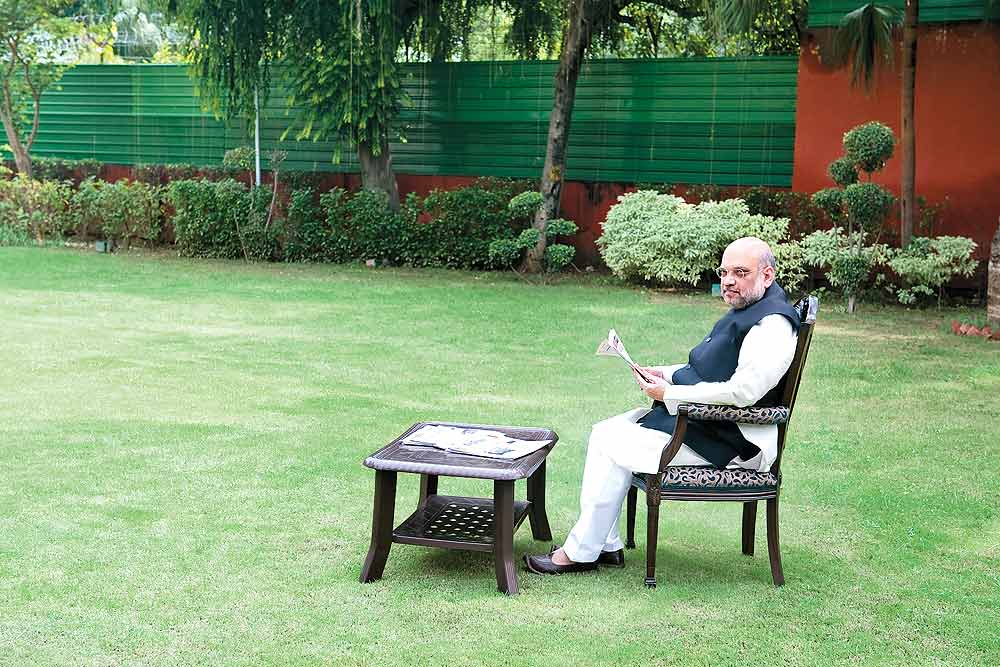 Amit Shah is spending 110 days on the road, in a cross-country trip meant to strengthen and expand his party’s base. On a stopover in Delhi, the BJP president takes time out for Outlook, for an interaction touching upon major themes relating to India’s domestic politics and foreign policy. Excerpts from  an interview with Bhavna Vij-Aurora:

The US has declared Hizbul Mujahideen chief Syed ­Salahuddin a global terrorist. Do you think it is a big moral victory for India?

We have been saying the same thing for a long time. America has realised it a little late—hence this declaration now. India’s stand has become much stronger at the international level and Pakistan’s problems will only increase from here on. In declaring Salahuddin a global terrorist, the US has certified that PoK is being used to launch terrorists in India. It’s a big achievement.