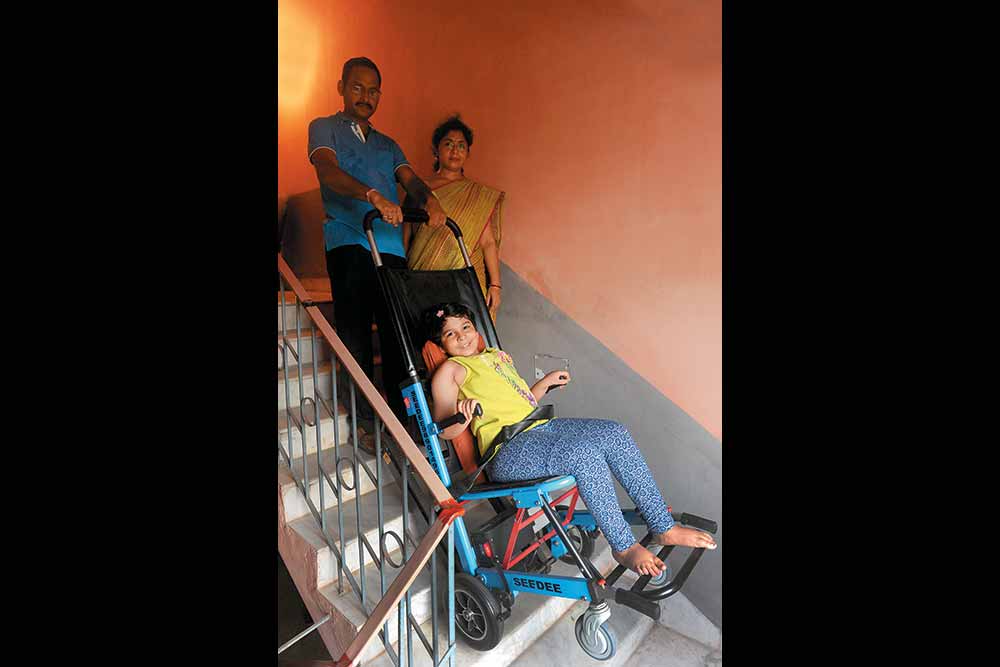 Eight-year-old Debosmita Ghosh is a voracious reader. “I am yet to finish the Harry Potter series,” says the bright girl sitting on a customised wheelchair at her Bansdroni home in south-east Calcutta. Debosmita has spinal muscular atrophy (SMA)—a rare gene­tic, life-threatening neuromuscular disease. “We first realised something was wrong when our daughter was four years old and multiple doctors, including her paediatrician, failed to diagnose it,” says her mother Moumita Ghosh, an optometrist in a private hospital. “When she stopped crawling, we knew something was not right. We ran a series of tests and consulted a number of doctors, one of whom said it could be a case of SMA and advised us to approach the National Institute of Mental Health and Neurosciences in Bangalore.” The rare disease was confirmed when the Ghosh couple underwent a genetic test. “We knew nothing about the disease and were shattered when we were told that our daughter would live only for another two years or so,” says Debosmita’s father,...