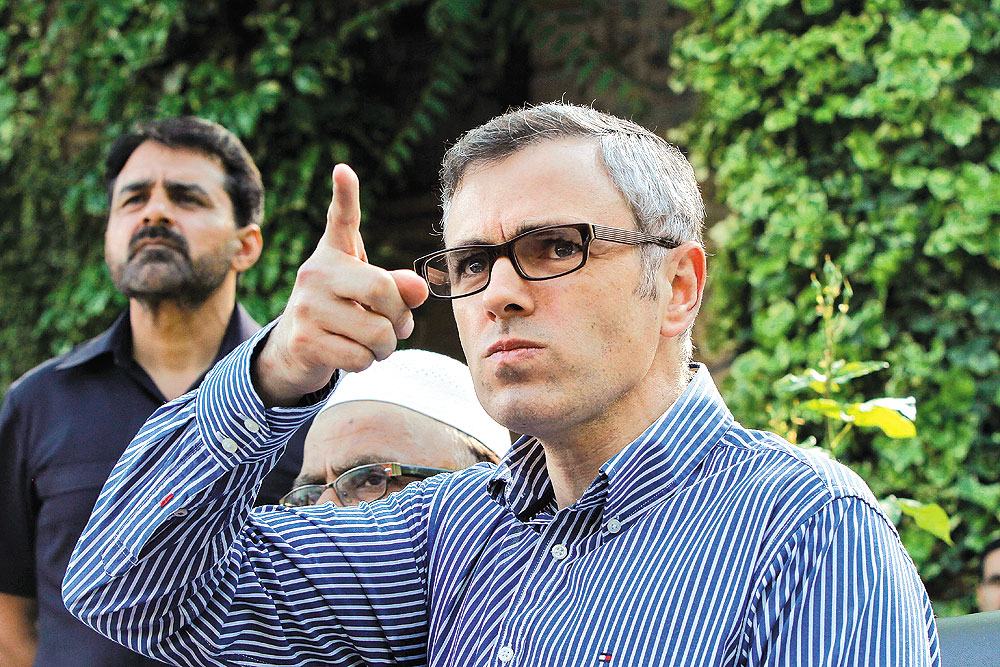 Jammu & Kashmir chief minister Omar Abdullah just lost three Lok Sabha seats to the PDP. But he’s there heading the troubled state and it is now being said that he has saved face by being forceful in the defence of Article 370. He spoke to Saba Naqvi:

Why do you think this issue has come up now? Is it just an intemperate statement by an MP-minister or is it a considered salvo?

I don’t know. Perhaps the MP never imagined he’d be a minister in the PMO. He may have got carried away. But he has not retracted his statement, only distanced the PM from it. I think there is something more to it. They say they have opened talks with stakeholders. We are one of the stakeholders, but no one has spoken to us.

For those who’d like to revisit Article 370, do you think they would see Israel’s policy towards the Palestian territories as the way to go?

There is an ultra-nationalistic mindset that wants to replicate what Isarel has done in...