Urban young are rediscovering the lure of the classical language 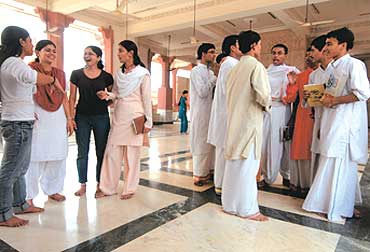 "Bhagini, shighram, shighram gachchami," mutters someone, giving me a gentle nudge from behind. Translated, that means: move faster, sister. I've been told I'm slow before, but never in Sanskrit. The guy getting late for class, whose way I'm blocking, is tall, with an apologetic smile, a shaven head, a choti,...