The idea of inter-linking rivers is age-old, so why don't the critics shut up? 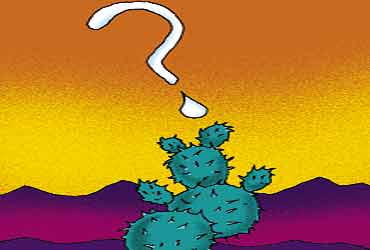 outlookindia.com
-0001-11-30T00:00:00+05:53
This is the season of soaring temperatures, dry wells and parched lands when everybody's thoughts turn to water. The release of life-saving Narmada waters to Kutch from the still-incomplete Sardar Sarovar Project and to western Rajasthan from the Indira Gandhi Canal go unsung by carping critics. Both entail inter-basin transfers, 'linking' rivers to carry water from surplus to deficit areas over space and time. The Periyar dam in Kerala's High Ranges diverted this west-flowing river eastwards, through the mountains, to irrigate the dry lands of southern Tamil Nadu over 110 years ago. The famous Deccan tank irrigation system cascaded the spill of upstream 'storages' to tanks at lower levels.

The idea and practice of inter-linking rivers (ILR) is therefore age-old and worldwide. Why then the surprise and wonder if the Cauvery impasse and omens of climate change impel the Supreme Court to urge that the 20-year water balance studies and 30 potential links listed by the National Water Development Agency (NWDA) be dusted and examined for their feasibility, impacts, sustainability,...