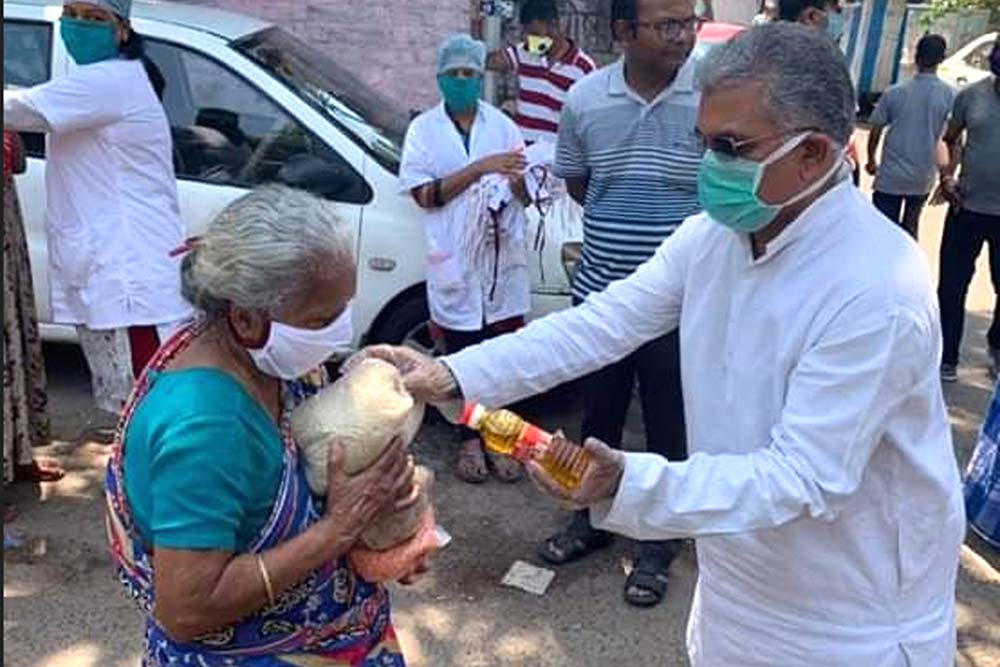 On a Sunday late in March, the West Bengal unit of the BJP received a message from the party’s high command that each karyakarta—party worker—in the state should adopt five families and look after them during the nationwide lockdown to stop the COVID-19 pandemic. On the same day, around 150 karyakartas came forward to offer their services in Malda district alone. Khagen Murmu, a former CPI(M) legislator and farmer leader, currently a BJP parliamentarian for Malda (North), says the numbers will increase in the coming days. Initially, his team tried to serve cooked food and medicine to the needy. But after consultation with the top brass of the district administration, they decided to stick to dry ration only. But, even before the lockdown began, in areas like Bamangola, Pakuahat, Kendpukur, Gajol and Habibpur (all under Malda-North), BJP workers had started distributing cooked food.

For the BJP, this social service is part of the package that the party is offering to voters of Bengal, which goes to the polls next year; it’s no secret that the party...