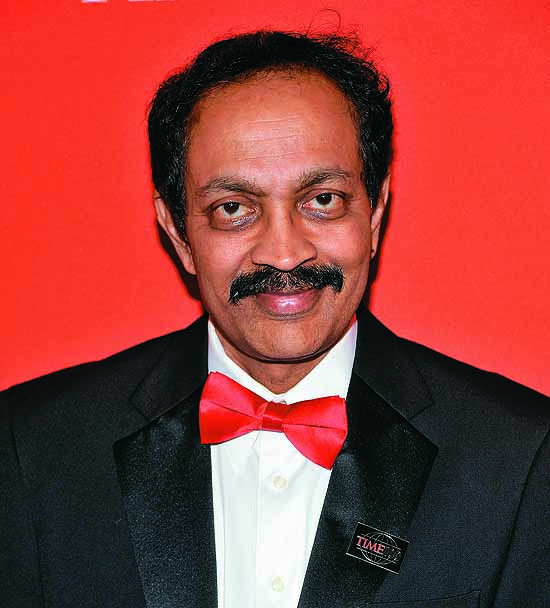 Far from the formidable scientist I’m expecting to meet, one rated both by Time and Newsweek as among the 100 people to watch out for, the man who greets me in San Diego where he teaches and has conducted much of his experiments extends a warm welcome. It has perhaps to do with the fact that I too am from south India and have a connection with Hyderabad where his brother Ravi retired as a police officer.

It has nothing to do with prejudice. Who else but a south Indian can he speak to about that great musician Semmangudi Srinivasa Iyer, who, he tells me, did not want his voice to be recorded beca­use he believed people would listen to him even in bathrooms. In fact, so in awe of the maestro is he that he has a picture of Semma­ngudi placed next to that of Charles Darwin in his San Diego home.

Even today, he heads to Chennai every kutcheri season to see the likes of Alarmel Valli dance. Shakespeare and Picasso are alright by me, he says, but show me something that compares with Kalidasa’s...