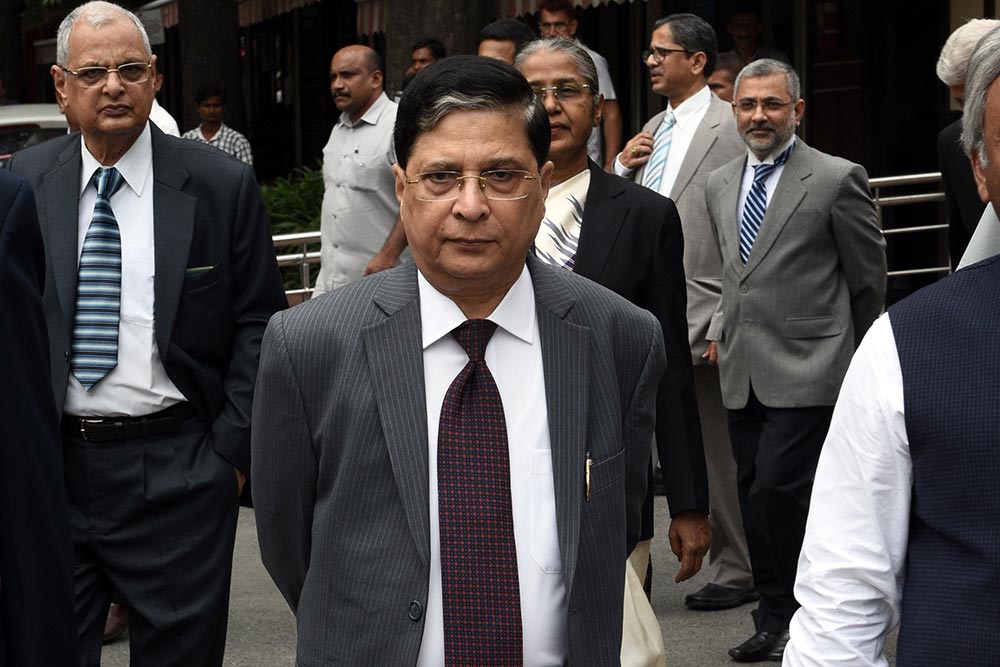 The day after Vice-President M. Venkaiah Naidu, as chairman of the Rajya Sabha, reje­cted the Opp­osition’s move to impeach Chief Justice of India (CJI) ­Dipak Misra, the CJI presided over the five-judge bench hearing the crucial Aadhaar case in the Sup­reme Court. Misra and the other four judges heard arguments on April 24 as to why the Unique Identification Authority of ­India—mandated to issue Aadhaar numbers to all residents of the country—needs to collect and ­retain technical metadata.

Misra had made it a point to attend court on April 23 too. Within minutes of Naidu rejecting the impeachment mot­ion, the CJI had made his way to Court No. 1 to hear routine cases and some public interest litigations. Now, unless the Opp­osition approaches the Supreme Court to appeal against Naidu’s decision and the court admits it too, Misra will continue hearing matters until he retires on October 2. As of now, it seems Misra may just have an uninterrupted run since the Opposition is divided over appealing the rejection of the...