The CJI, who retires in October, cannot give a ‘final verdict’ on Ayodhya, contrary to media speculation 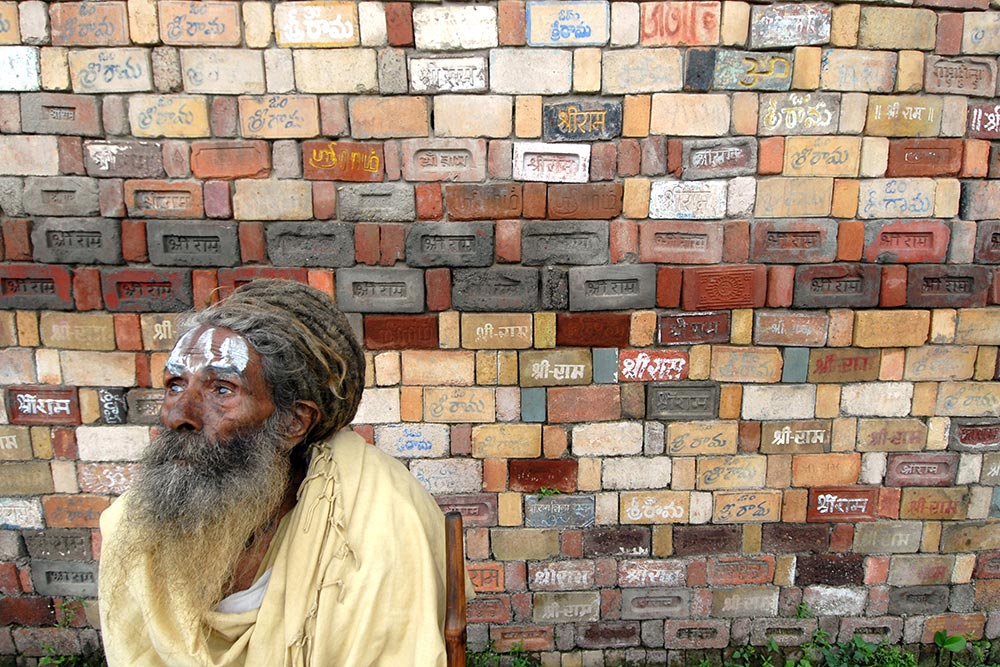 Demolition Kiln
A sadhu in front of a wall of ‘Ram bricks’ at the ‘Ram Janmabhoomi workshop’ in Ayodhya
Photograph by Jitender Gupta
Ushinor Majumdar September 13, 2018 00:00 IST Verdict On Ayodhya Before CJI Dipak Misra Retires? No, Say Court Clocks

The long march to a decision on the Ayodhya dispute will have no short stops any time before the 2019 Lok Sabha elections. Misleading headlines have been feeding a perception that the Supreme Court has reserved judgment on the Ayodhya dispute. In reality, however, the apex court has merely heard arguments, reserving its order, on a technical issue—should the basis for the 2010 Allahabad High Court ruling first be decided by a Constitution bench of the SC or will the 1994  Ismail Faruqui ruling apply?

Chief Justice of India Dipak Misra, who retires on October 2, has heard and res­erved judgment on many important matters till now. This includes the recent verdict de-criminalising hom­osexuality. The appeal against the 2010 Allahabad HC judgment verdict is without doubt one of the most high-profile matters pending in the top court, but it is not likely to be decided anytime soon. The issue before the CJI’s bench is more basic. The Sunni Waqf Board has argued that the Allahabad HC judgment, which split the property into three shares, is based on a 1994...