Varanasi: Modi Won A New Fort In 2014, His Hold Over It Still Seems Firm

Modi seems to have held his appeal intact in Varanasi, a city suspended forever between a neo-Hindutva and ancient Hinduism. 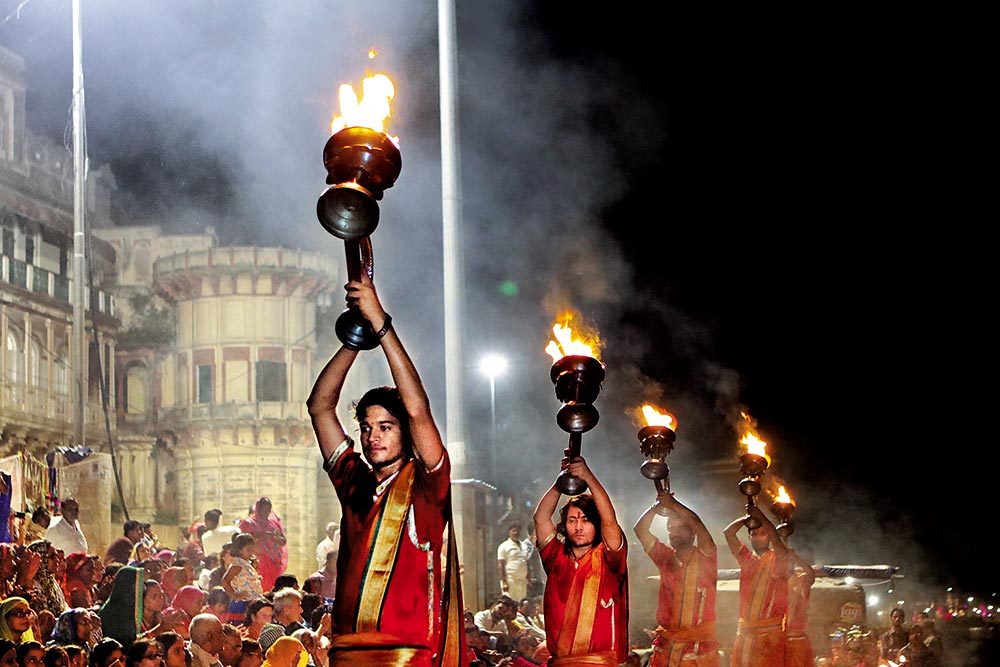 Evening aarti on Assi Ghat by the Ganga in Varanasi
Photograph by Suresh Pandey
Salik Ahmad November 09, 2018 00:00 IST Varanasi: Modi Won A New Fort In 2014, His Hold Over It Still Seems Firm

The city of Varanasi seems to have a twin existence. The lanes of Hinduism’s holiest city are witness to the tussle between old, crumbling buildings and nouveau, neat ones, where  yoga classes are advertised alongside tutorials on spoken English and saffron robes of monks blend with saffron t-shirts of food delivery boys. It is the city described in Kedarnath Singh’s Hindi poem: “Agar dhyaan se dekho /To yeh aadha hai /Aur aadha nahin bhi hai /Jo hai weh khada hai /Bina kisi sthambh ke /Jo nahin hai usey thaamey hai.” (If you look closely, half the city is there, half isn’t. What’s there stands without a pillar, held by what isn’t there).

On a November evening, the ghats of Varanasi are peopled by a motley bunch—single folk and couples, young and old, locals and foreigners, people asp­iring for moksha and college students—a bustle of life removed from their death-haunted ethos. Men poised on podiums perform aarti, hymns from loudspeakers aiding the performance. Boats glide on the darkening waters of...