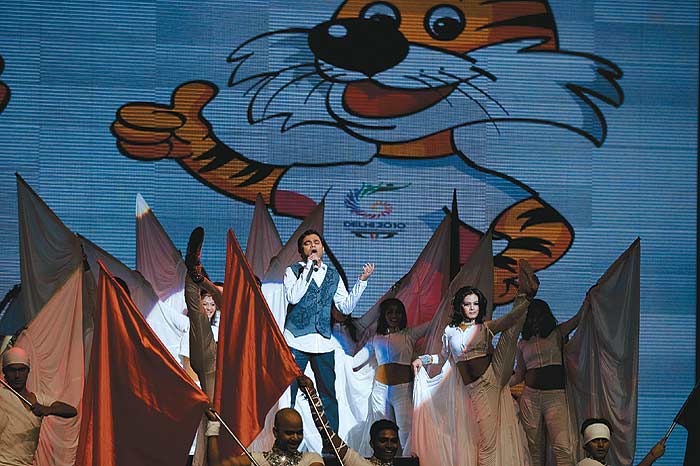 Anthems are devised to make your spirit soar. When they crashland, they can also leave you sore. For some time now, A.R. Rahman has been on song. This time the song is on him. His anthem ‘Jiyo, Utho, Badho, Jeeto’ takes all of four minutes and 16 seconds to expose you to the perils of skydiving without a parachute. But then, this is the anthem for the 2010 Commonwealth Games and, like many other things connected with this year’s CWG, it happens to be just another kind of cruel sport.

The idea of an anthem for sporting events is, it could be argued, to foreground a consistent theme as a focal point of the event and to unify the audiences with the adhesive of a familiar, infectious rhythm. In the present context of a CWG mired in debilitating controversy and hint of sleaze, a rousing anthem could have been the talisman to unlock some positive energy.