Upon Us The Shadow Of A Dark Hood

Radicalisation via the internet puts India within slashing distance of the ISIS. In the light of the Dhaka attacks, can we protect ourselves? 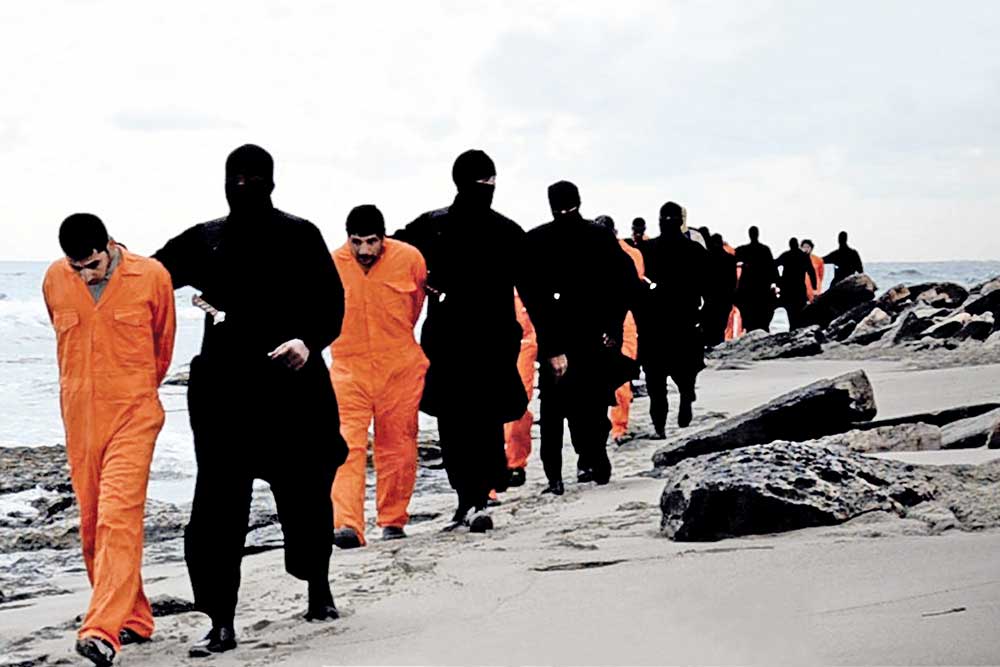 ISIS soldiers in black leading away captives to be beheaded

In April this year, the ISIS propaganda magazine Dabiq warned of terror attacks in “Bengal (which) is located on the eastern side of India”. Bangladesh was the base from where attacks In the Indian subcontinent would be carried out, the magazine stated. Whether the attacks in Dhaka on July 1 and July 7 were act­ually the handiwork of the ‘Islamic State’ or if it was homegrown terror with ISIS just claiming credit for something it had no role in, no one knows for sure. Whether the terrorists were short of arms (they were all photographed using the same assault weapon, a Kalashnikov lookalike) or if it was a smokescreen, no one knows either.

But as the blood of innocents is spilt—Istanbul, Medina, Dhaka—internal security circles are abuzz with questions: Will ISIS enter the country of ‘kafirs’ with the world’s second-largest Muslim population? Does India need to worry about 26 radicalised “returnees”, said to be now in Syria? Are more being inspired to join ISIS? Or is the enemy already inside the...