This is not a book to be read cover to cover. It's an ideal bathroom read, made for dipping into at random 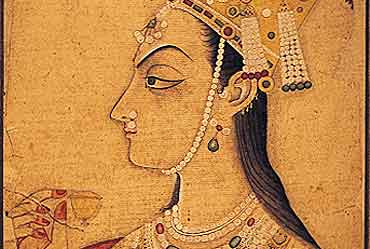 outlookindia.com
-0001-11-30T00:00:00+05:53
When a young Englishwoman set sail for Calcutta with her husband in April 1822, she shed tears for the country she left behind. When she returned, almost a quarter century later, she missed her adoptive land just as keenly. But the sadness that marks the beginning and end of Fanny Parkes’ Indian odyssey is the exception than the rule; she’s otherwise irrepressibly jolly throughout. Her delightful travelogue was published in 1850, with the splendidly expansive title: Wanderings of a Pilgrim in Search of the Picturesque during four-and-twenty years in the East; with Revelations of Life in the Zenana.

By the late 1990s this otherwise forgotten tract was ripe for rediscovery as the twin disciplines of feminism and post-colonial theory found much to commend in a woman’s view of the "mysterious East". A scholarly hardback, complete with footnotes, was edited by Indira Ghose and Sara Mills, and published with just the first nine words as the title. Now comes this paperback with the snappy title, Begums, Thugs & Englishmen.

Dalrymple is as enthusiastic about...