Underground Art: The Unique Caves Of Meghalaya Hold Many Secrets

Brian Dermot Kharpran Daly, founder of the Meghalaya Adventurers’ Association in the early 1990s, and his team have discovered more than 1,700 caves so far. These include the ‘Fairy Cave’— Krem Puri—the world’s longest sandstone cave measured to an astonishing 24.5 km, nearly three times that of Mt Everest. 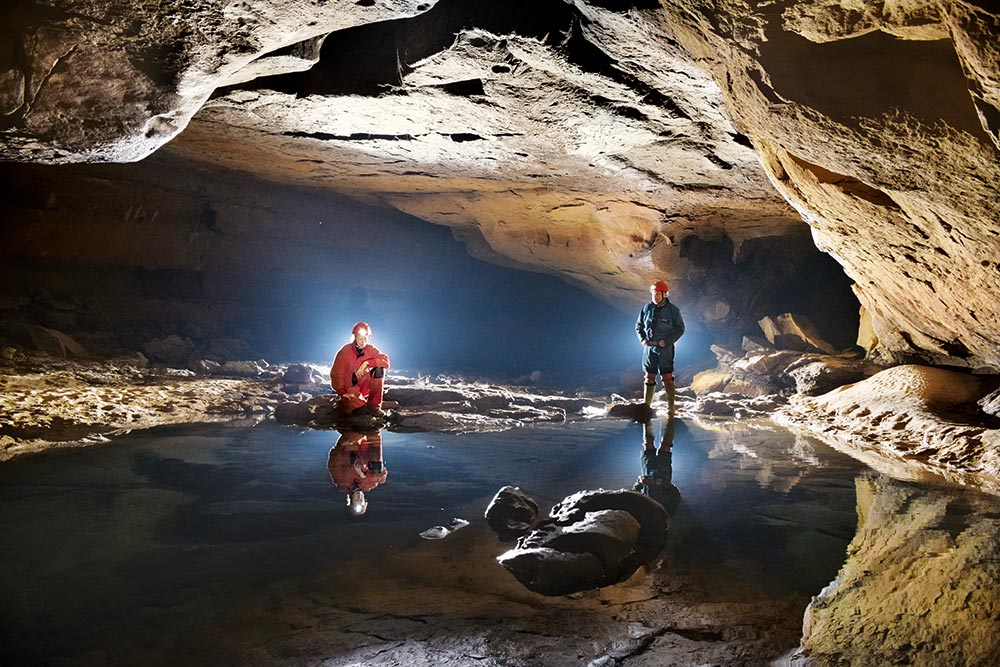 Eerie shadows dance on the walls as a sliver of light from the mobile phone reflects off the underground stream. Bats flutter out of crevices in a mass of flapping wings, their high-pitched shrieks magnified in the claustrophobic passage. Heart pounding, you reach out to the nearest wall for support when you feel something crawling up your arm. A cave can be a scary place. It can even be dangerous place. But it is also a breathtakingly beautiful place, a subterranean paradise where art and science fuse to form some of the most extraordinary images and structures. It is a photographer’s delight. A living laboratory for scientists.

It was into such a cavern—Krem Mawmluh—in Meghalaya that legendary caver Brian Dermot Kharpran Daly and Ashish Sinha, a paleoclimatologist from the California State University, went down on a bitter cold February afternoon in 2003. When they emerged several hours later, they were holding a piece of stalagmite which...