A ‘cow cabinet’, cow milk instead of eggs for anganwadis, a cow cess. There’s no lactose deficiency in Shivraj Chouhan’s politics. Just don’t ask how that cow sanctuary runs. 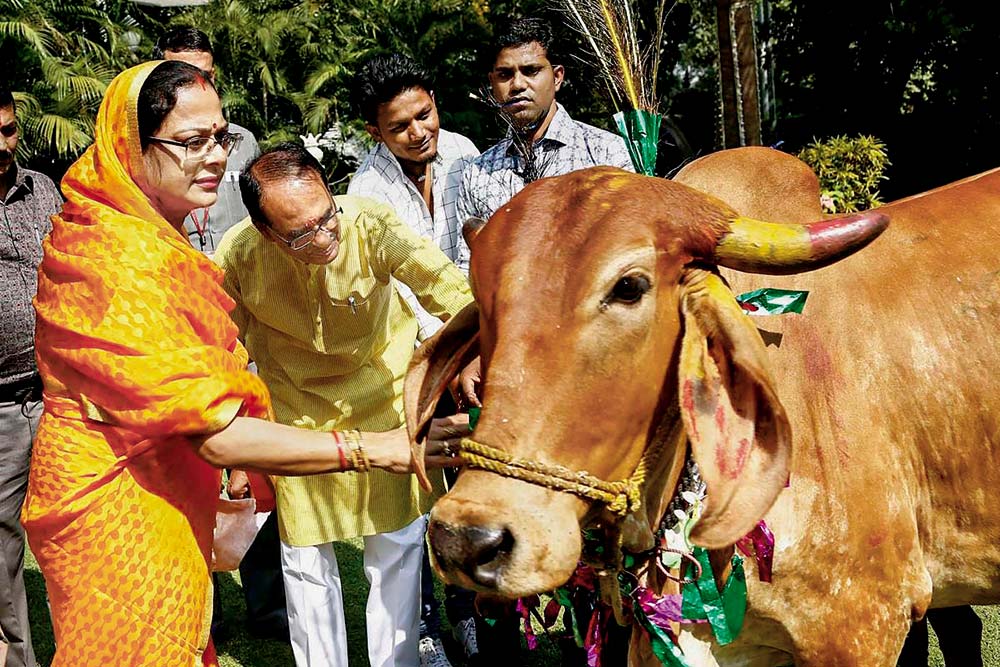 The election noise across Madhya Pradesh for the past eight months has gone silent after the BJP’s triumph in the assembly bypolls, but chief minister Shivraj Singh Chouhan has ensured that his competitive political mooing keeps the state’s electorate engrossed a while longer. He announced the formation of a cow cabinet—a first-of-its-kind ministerial group in the country that will have six of his ministers as its members. That held its first virtual meeting on November 22. The bovine intervention is, perhaps, sought in the hope of deflating predecessor Kamal Nath’s claims of being a more caring son to gaumata. During his 15-month stint as CM, Nath promised to set a gaushala, or cowshed, in each of the state’s 23,000 panchayats.

The cow cabinet, chaired by Chouhan and comprising ministers for animal husbandry, forests, rural development, revenue, home and agriculture, took a slew of decisions, including designing an action plan to conserve and promote the state’s native breeds of cattle: Malvi, Nimari, Kankatha and Gaolo. Chouhan then...