Two Funerals And An MLA

Why the J&K legislator from Mawar mourned for a ­policeman and a militant, both from his village 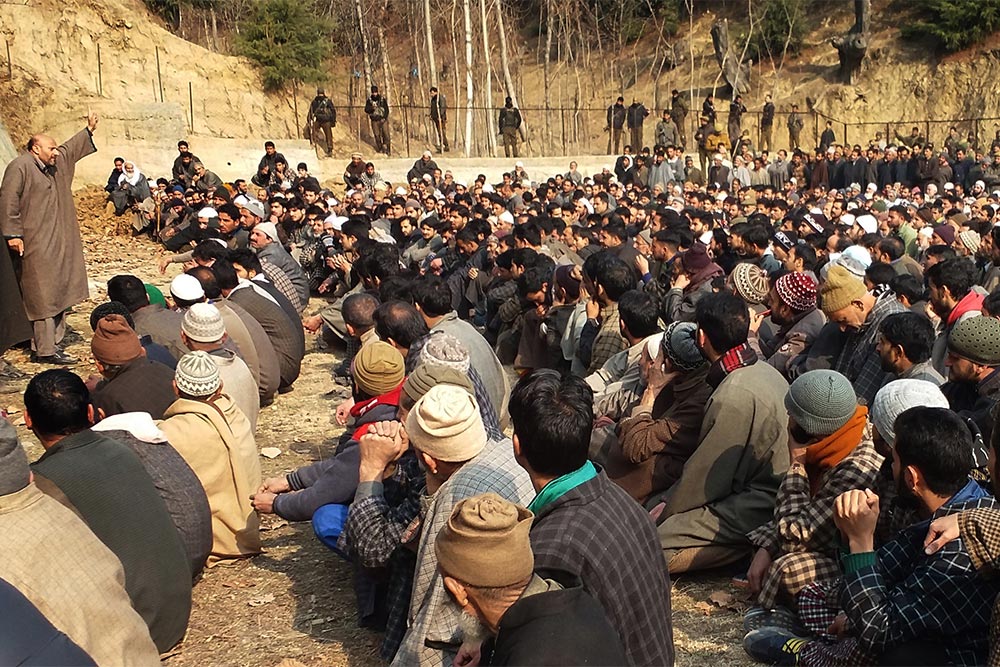 Ringed by towering mountains, Mawar is a village on the foothills of the Shamsbari range in Jammu and Kashmir. Located along a key route that militants have often used to cross the Line of Control (LoC), this village in Kupwara district, 90 km northwest of Srinagar, was witness to two funerals—one in 2015 and the other on the first day of this year—that refl­ect the complexities of Kashmir’s long war. In 2015, villagers poured into the streets to mourn the death of the war’s longest-serving militant, Tariq Ahmad Mir.

At Tariq’s funeral, independent MLA Engineer Rashid, also from Mawar, said the sacrifices of militants could not be ­ignored and asked the Indian government to “respect the sacrifices of Kashmiris”, introspect its Kashmir policy and ack­nowledge the dispute. And on January 1 this year, a J&K Police constable hailing from Mawar, Abdul Karim Sheikh (also known as ‘Shaad’, the happy one), fell to militants’ bullets. This time, in his speech at the policeman’s funeral, Rashid accused...