Will ULFA come to the negotiating table? Updates 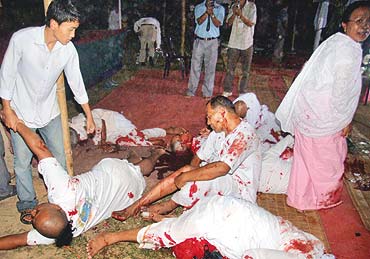 Why Delhi temporarily suspended hostilities against the ULFA On August 13, as the army, police and paramilitary were finalising an operation to neutralise a hit-squad of the outlawed United Liberation Front of Asom (ULFA) on the Assam-Arunachal border, Delhi announced suspension of army operations against the rebel group for 10 days as a 'goodwill gesture'. "We were expecting to arrest at least three important ULFA cadres," a security official said of the operation they were planning.

It appears to be a tactical strategy on Delhi's part specially at a time when the ULFA stepped up its violence ahead of I-Day. The ULFA had also made a call to boycott all I-Day celebrations. In fact, between August 4 and 14, the ULFA had stepped up...