Firing, corpses, a ban by the EC and a tweet storm…never a dull moment in the ongoing West Bengal elections. Analysts think this volatile turn will help the TMC. 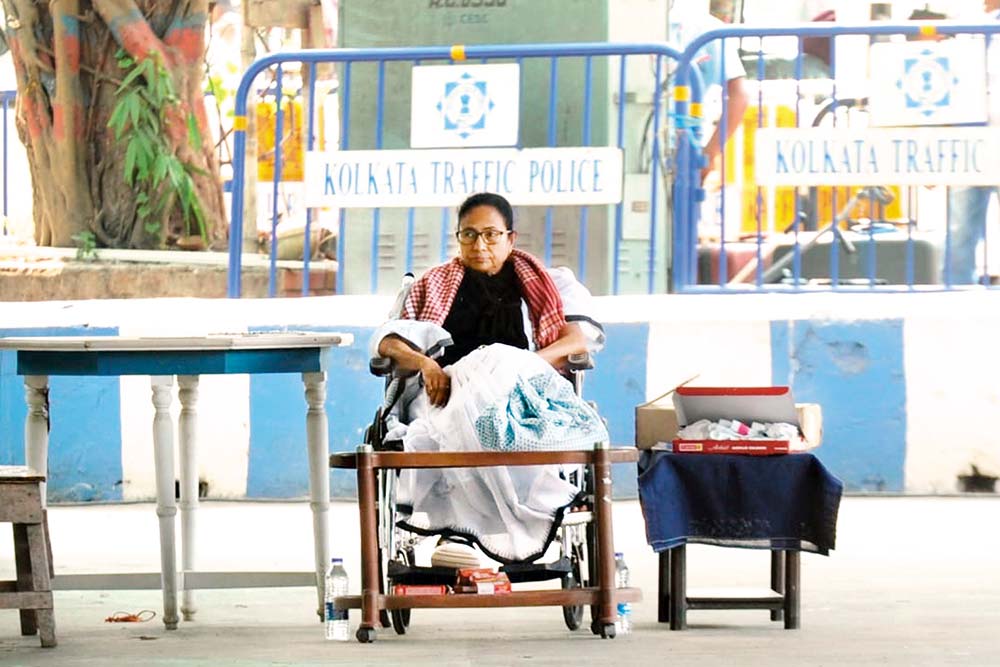 West Bengal chief minister Mamata Banerjee’s tussle with the Election Commission of India (ECI) and the central paramilitary forces, whom she has accused of working at the behest of the BJP, has entered a crucial phase. She stepped up her campaign after the death of four voters in Sitalkuchi, Cooch Behar, on April 10 and the ECI’s April 12 decision to ban her from campai­gn­ing for 24 hours for an earlier com­­ment that the poll panel deemed was in violation of the model code of conduct.

On April 13, the day she was banned, Mamata spent the day in a dharna at the Esplanade area in the heart of Calcutta in protest. She was back campaigning by 9 pm, an hour after the ban ended. The Trinamool Congress has insinuated that the ECI’s decision against her reflected how the BJP, increasingly scared at the prospect of a defeat, was using the electoral body.