To Prise The Vault Open

It's a good time for it, if India is serious about taking on the Swiss banks 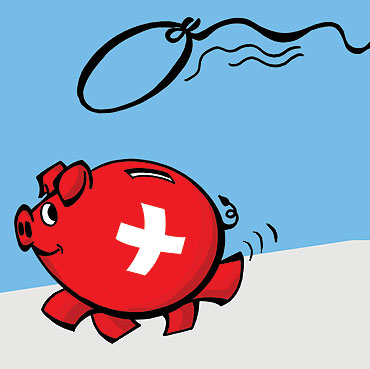 outlookindia.com
-0001-11-30T00:00:00+05:53
In the rarefied world of private banking, the Swiss acknowledge no peers. Lately though, there has been a crack in the wall. Under pressure from the US government, major Swiss bank UBS buckled and handed over a list of American depositors. Since then, all sorts of reports have appeared on the massive wealth in the vaults of the institutions in Zurich and Geneva. And in an election bereft of major issues, the BJP has focused on all those assets stashed overseas by Indians and vowed to bring it home.

Is this just an election promise to be dumped once the polls are over? Perhaps. But should the next government be serious about this issue, the timing may be just right.

In mid-March, Switzerland gave in to pressure from the OECD countries on revising double-taxation agreements. Then, at the recent G-20 summit, the Swiss renewed their commitment to no longer make a distinction between tax fraud and tax evasion, and provide judicial assistance in case of the latter.