To Be Worthy Of Konark: Odisha Preps For Hockey World Cup 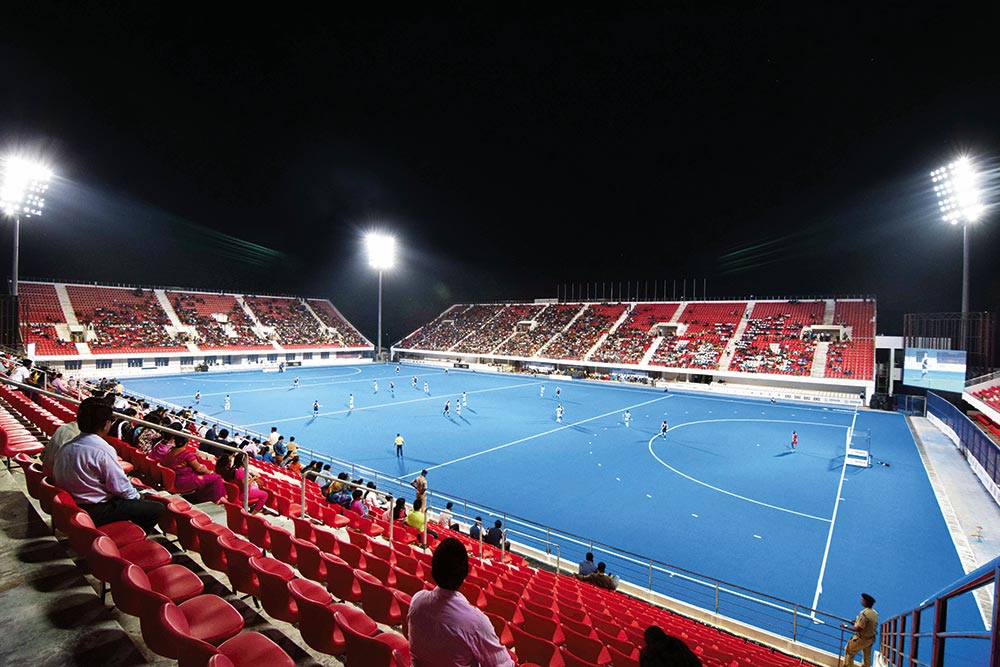 It will be the biggest, and grandest, hockey World Cup ever. As many as 16 teams, inc­luding host India, will be competing for the gold-and-silver trophy standing 650 mm tall and weighing 11,560 gms. And, going by the preparations afoot in host city Bhubaneswar, the event is going to be the most colourful, too, of the 14 previous editions. From the 14,800 seats—painted incarnadine—of the Kalinga Stadium to its ‘signal blue’ artificial playing surface, the Odisha capital is soaked in colours splattered from an orderly paintbrush. All that has come at a cost to the Odisha exchequer—Rs 82.5 crore, the tournament’s budget.

The slow drumbeats leading up to this spectacle worthy of its name cast its net farther than at fans of a marquee tournament, or the famously passionate fans of the sport in Odisha. Of course, the state government, Hockey India and the Inte­rna­tional Hockey Federation (FIH) do want to harness, and encash, Odisha’s rich sports culture—fan zones, with giant screens on which matches will be shown...