To Be His Own Man: Nitish Kumar’s One-Time Poll Strategist Prashant Kishor Has Other Plans 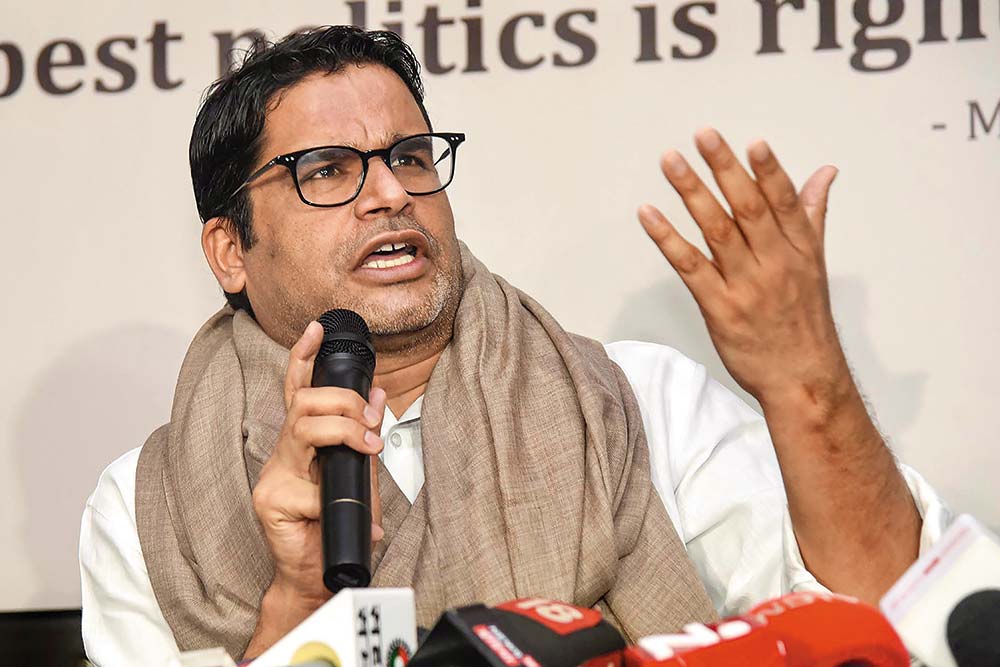 “Phir se ek baar ho/ Bihar mein bahaar ho/ Nitishe Kumar ho!” (Let spring come again to Bihar, let Nitish Kumar be at the helm)—the architect of the Bihar CM’s successful 2015 assembly poll campaign, who had projected his image of a Vikas Purush (development man) with such a catchy campaign song, is singing a different tune today. Former JD(U) national vice-president Prashant Kishor, expelled from the party last month for criticising Nitish’s stand on CAA, NRC and NPR, now accuses his “father figure” of having done precious little to extricate Bihar from the morass of underdevelopment during his 15-year tenure. On Tuesday, he went hammer and tongs against Nitish, lambasting him for playing second fiddle to the BJP in order to cling to power—“unbecoming of a leader of 10 crore people”. The election strategist indeed appears to have taken a step towards doing an Arvind Kejriwal in Bihar. Admitting that Nitish always treated him like a son, Kishor says they had differences primarily over two...