R.N. Kao happily embraced the life of a recluse that accompanied his business of espionage 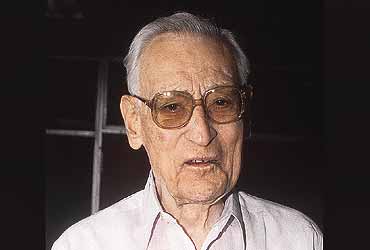 outlookindia.com
-0001-11-30T00:00:00+05:53
"R.N. Kao is the most remarkable spy in the history of modern India. If not for his contribution to India's formidable RAW, South Asia's geographic, economic and political landscape would have been markedly different."
—Sri Lanka's Rohan Gunaratna, one of the few journalists to interview the former RAW chief.

When a motley group of old friends, many of them former spooks, met last weekend at Delhi's Nigambodh Ghat cremation grounds to pay their homage to a former colleague, there were none of the trappings of a VIP funeral that the Capital accords to much lesser men. Instead, the gathering was enveloped in a sombre silence which stemmed from the realisation that in the death of Rameshwar Nath Kao, one of the most daunting yet little-known period of India's undercover history had just come to an end.

In the years following the wars with China in 1962 and with Pakistan in 1965, when realtime foreign intelligence became a political necessity, Prime Minister Indira Gandhi, who had then also begun tightening her grip on the Congress party, bifurcated the...