Time To Return To Basic Issues

RSS seldom hides its ‘Hindu rashtra’ agenda, only puts it on the ‘backburner’ sometimes. A true nationalistic movement alone can counter its march. 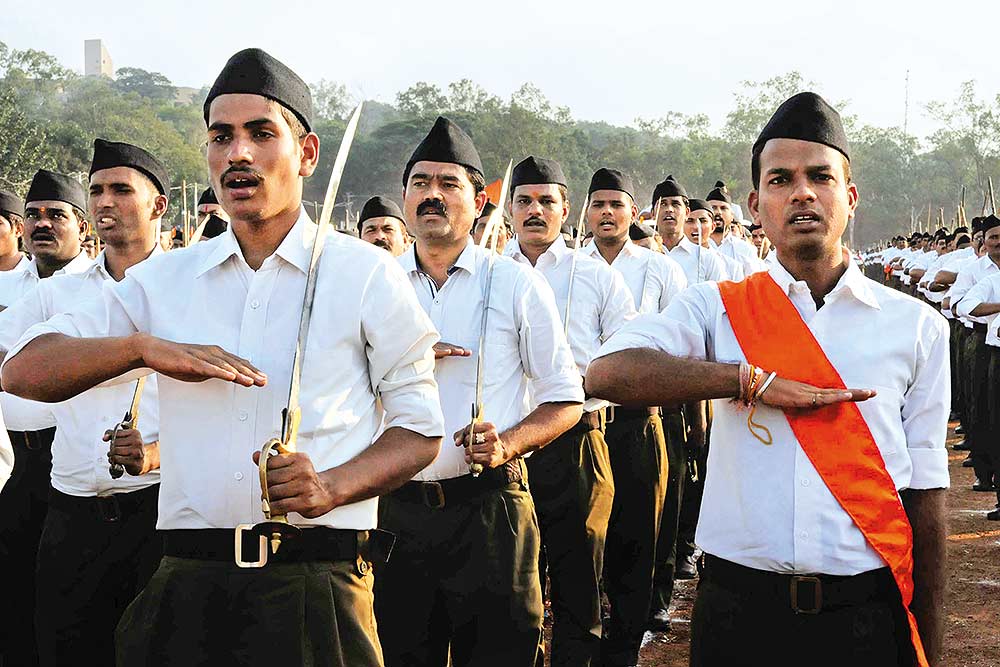 In May 2104, Narendra Modi spoke with misty eyes to all the MPs of his party, and what the new prime minister said brought tears to many in the gathering. Modi began his triumphant address by expressing gratitude to “five generations of dedicated workers, whose sacrifice made this glorious victory possible”.

He was referring to cadres of the RSS which, since its inception in 1925, through its numerous subsidiary organisations including BJP and its previous avatar Bharatiya Jana Sangh, has been working towards a “cultural” goal. All organisations work like members of a ‘family’ towards this shared goal, with the RSS in the role of the patriarch, guiding and supervising their activities. The RSS insists on calling itself a cultural organisation, claiming to have no interest in ‘politics’. It is another matter that BJP leaders and workers, by their own admission, are nurtured in the RSS ‘nursery’. Also, the person in charge of BJP orga­nisation (Sangathan Mantri) is invariably a senior RSS functionary on...