Time To Cross The Bridge 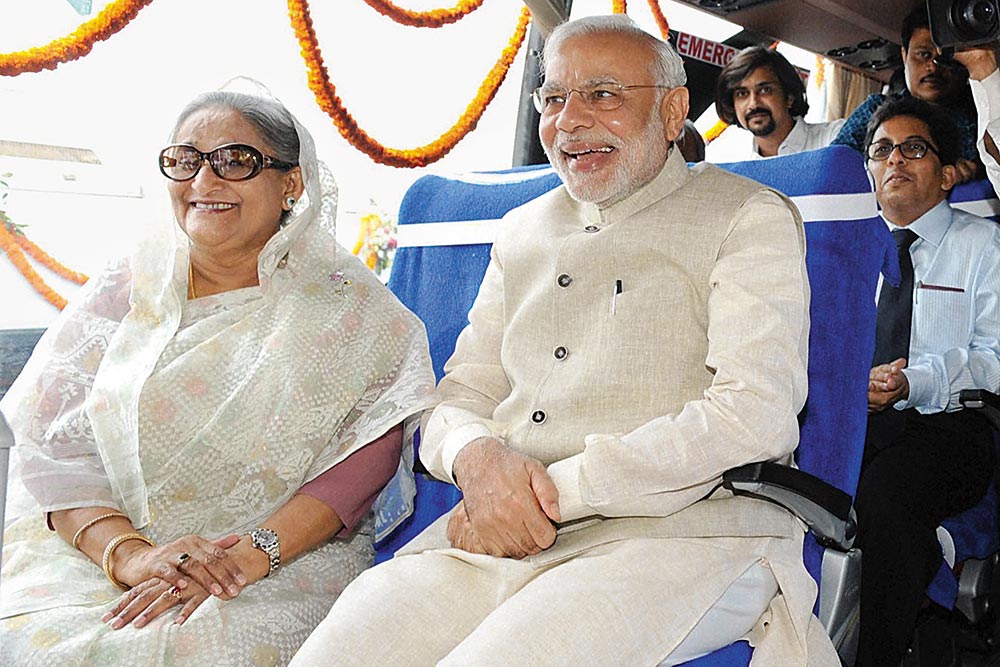 It hovers perennially in the background, as if it’s the only real issue between India and Bangladesh. And the political rhetoric peaks every now and then within India. But all the internal hype over “illegal immigrants” notwithstanding, as a bilateral subject it’s sensitive and contentious and has hardly figured in official Indo-Bangladesh talks for over a decade, especially at the highest level.

Much of this stems from the way Indo-Bangladesh relations have progressed in the last 10 years, especially since Sheikh Hasina’s Awami League came to power in 2008, turning Dhaka into one of New Delhi’s closest allies in South Asia.

Both Manmohan Singh’s UPA government in its two terms and its successor, Narendra Modi’s NDA regime, have seen value in fostering those ties, and have been practically indistinguishable in their stance towards Dhaka. Both have made every effort to strengthen relations in the past decade—and that has essentially meant taking a conscious decision to keep contentious issues off the...