Tightrope In A ­Divided House 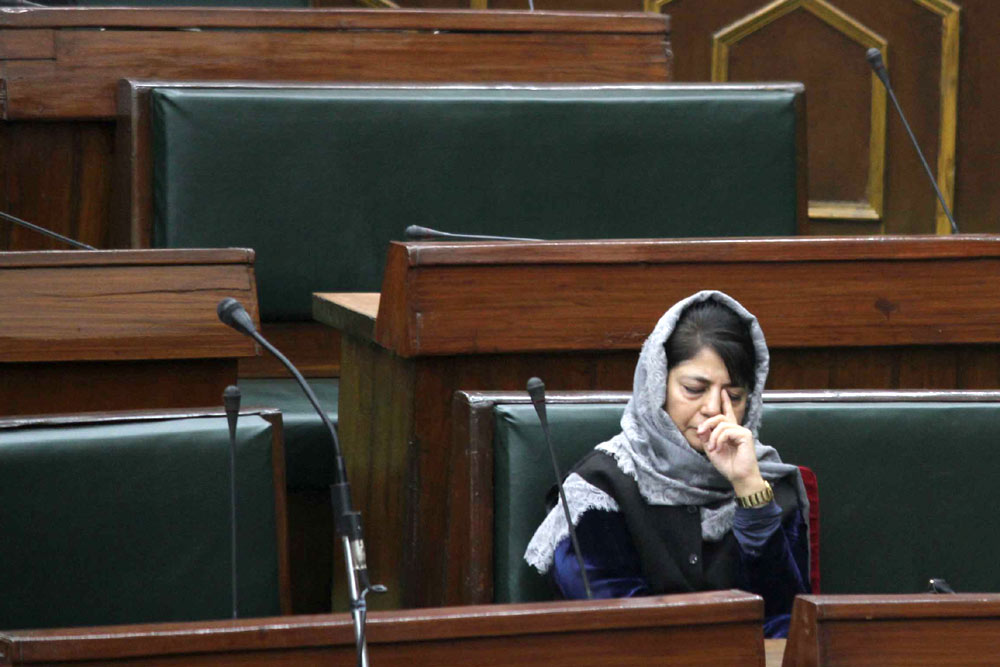 Uneasy Under The Crown
Mehbooba Mufti in the J&K Assembly
Photograph by Getty Images
Naseer Ganai March 02, 2017 00:00 IST Tightrope In A ­Divided House

The PDP-BJP ruling alliance is about to complete two years. To many observers, that is quite a feat considering the two parties don’t see eye-to-eye ideologically and the alliance’s architect, former chief minister Mufti Mohammad Sayeed, is no more. The latest survival test it scraped through came last month when Chief Minister Mehbooba Mufti, in her speech at the Legislative Assembly, described as “anti-nationals” all those who demand the abrogation of the Article 370 of Indian Constitution, which gives special status to Jammu and Kashmir. Speaker Kavinder Gupta, who calls himself a “proud RSS worker”, saved the coalition by adjourning the ass­embly the next day. A BJP member had wanted to get the reference to “anti-nationals” expunged from the records, and with Gupta’s permission, it would have amounted to a no-­confidence motion against the CM.

However, Mehbooba’s recent cabinet reshuffle proved that all is not well with the PDP either. Two of its ministers resigned soon after. Basharat Bukhari, who was...