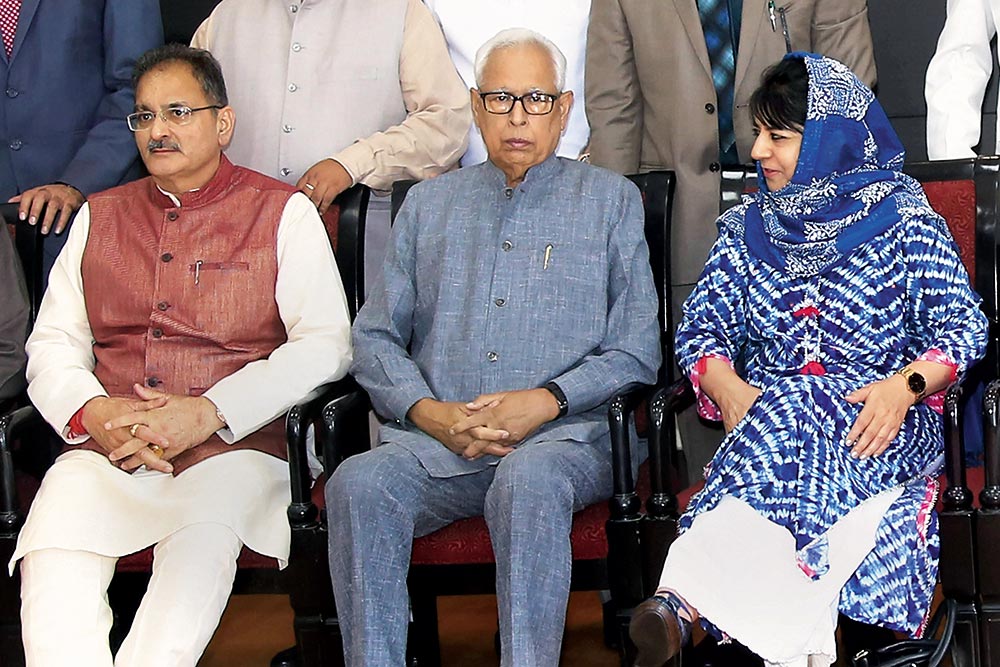 On April 13, the day the BJP asked two cabinet ministers in J&K’s coalition government—Chaudhary Lal Singh and Chander Prakash Ganga—to resign for att­ending a rally of the Hindu Ekta Manch (HEM), the party had, in fact, asked all its ministers to resign. Lal Singh and Ganga’s resignation letters were swiftly sent to Chief Minister Mehbooba Mufti and they were dropped the next day from the Council of Ministers. The CM had raised the ­issue of their attending the March 1 ­rally of the HEM with the prime minister. The rally had been organised to ­demand the release of those accused of an eight-year-old Bakarwal girl’s rape and murder in Kathua this January.

The resignation letters of the other BJP ministers, however, remained with the party’s state president, leading many political pundits in Delhi to speculate that the BJP might part ways from the Mehbooba-led government. It took the cabinet reshuffle of April 30 to put that idea to rest. Now, it seems quite certain that alliance partners BJP and PDP are in it for the...