Three Meet On A Chessboard

With ties with America at its lowest, Pakistan looks for a role in the India-US bonhomie 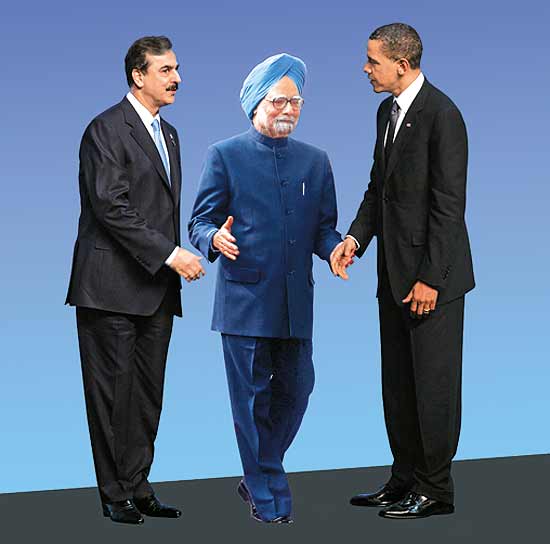 When faced with its frequent shortcomings and exigencies, Pakistan has never had much qualms about employing one of statecraft’s oldest ruses: raising the bogey of an infernal enemy. The offending ogre, till recently, was India. Now, in what appears to be a strategic shift of remarkable magnitude, that appears to be changing. The state now tries to convince itself, and Pakistanis, that the United States heads its chart of betes noires.

“It is our establishment in its own flawed approach which has designated India as our enemy number one and today it is pushing the US into the same corner,” explains Mohammed Ziauddin, executive editor of the Express Tribune.

As is well-known, Pakistan’s litany of worries is depressing—a measly literacy rate of thirty per cent, depleting natural resources, spiralling brain drain, not to mention the scourge of militancy and its various ills—daily bloodshed, the state’s pandering to jehadis, the largest number of journalists...