After 22 years of BJP, there’s a generation in Gujarat that hasn’t seen anything else. But are the dissenters strong enough—and cohesive? 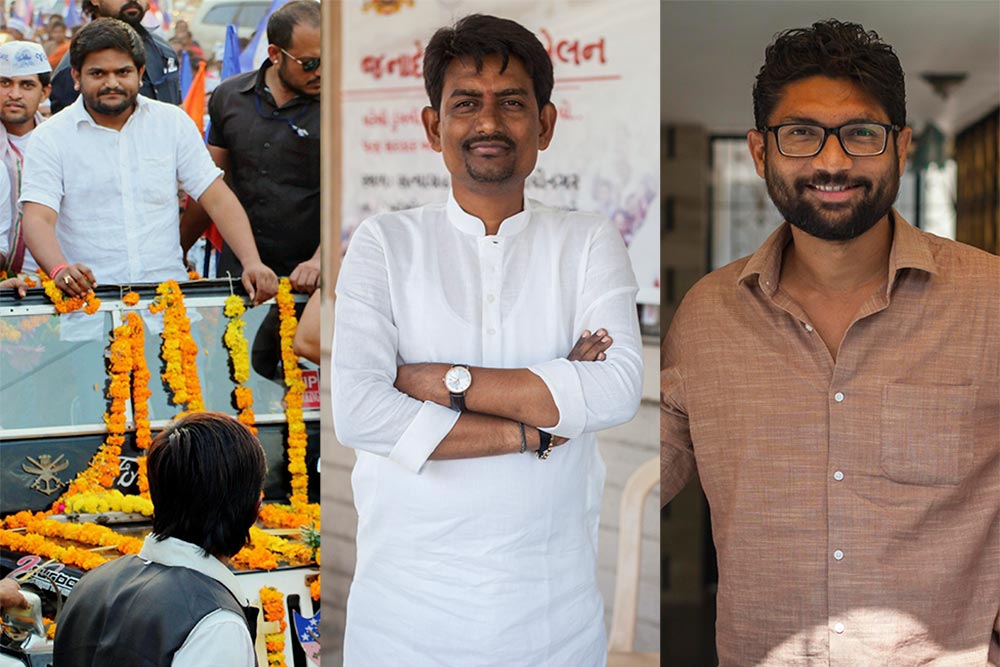 For the young and the restless, these are interesting times in Gujarat. Hardik Patel, the popular face of the Patidar Anamat Andolan Samiti, is holding public meetings and dodging arrest warrants—and perhaps even dodging the draft big parties are seeking to get him interested in. Emerging Dalit voice Jignesh Mevani has been on the road too and is busy talking to the ­media on his political strategies and consolidation of Dalit votes. OBC leader Alpesh Thakor has recently joined the Congress and is either sharing the dais with Rahul Gandhi or putting forth his views on TV channels with unending zeal and gusto.

After being in power for 22 years, the BJP is strategising to fight anti-incumbency and consolidation of Dalit, Pati­dar and OBC groups represented by Mevani, Hardik and Thakor respe­c­t­ively—though in which direction each may be mobile is still up in the air. They are also dealing with a rather spirited Congress, which seems to have got a fresh lease of life after the hard-fought Rajya Sabha election of Ahmed Patel and officially...