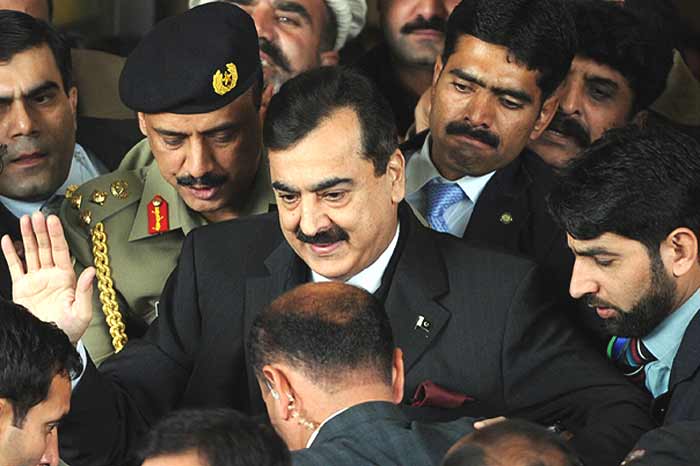 On January 19, Prime Yousuf Raza Gilani was at the wheel of a white Land Cruiser as his cavalcade swept down Constitution Avenue in Islamabad toward the Supreme Court. Sitting beside him was his lawyer Aitizaz Ahsan, who just five years ago had scripted the countrywide movement against the summary sacking of Chief Justice Iftikhar M. Chaudhry. That Gilani chose to drive himself echoed his intent—not to shy away from the bruising fight that had pitted state institutions against each other. He was standing up, as he has frequently reiterated, for the principle that a democratic government was accountable to Parliament and the people. As he stepped out of the Land Cruiser before the court, a wide grin on his face, waiting Pakistan People’s Party (PPP) activists raised a storm of slogans.

Later, to a seven-member bench of the Supreme Court, Gilani said, “We respect the courts...my intention is to respect the Constitution.... (But) it will not give a good message to proceed against a president elected by a two-thirds...