Three Homilies And A Lesson

The prosperity of the nation comes with economic growth and improved quality of life. But, above all, it manifests in the elevation of the minds of its people. 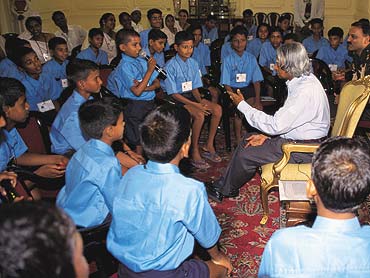 The year 1857 was a 'turning point' in the 19th century, signalling the beginning of the end of imperial rule. This resurgence of nationalism started as small streams of dissent against colonial tyranny. It began at 6 pm on Sunday, May 10, 1857, in Meerut, with what was called a mutiny against the foreign troops. In reality, it was a symptom of something far deeper and greater. Soon these small streams joined together to become a powerful flood as a nationwide movement to regain our lost freedom.

When I visualise the events of 1857, I get the real message about the unity of India. How to feel the freedom and how to experience it? Let me take you, the people of my country, to a mission. The mission is: transforming India into a developed nation before the year 2020. That means removing the poverty of 220 million...