Christopher Andrew's book on KGB spy Mitrokhin opens a few chapters on Indian history. But socialism was the ideology of the time, and not everything was part of KGB design. Updates 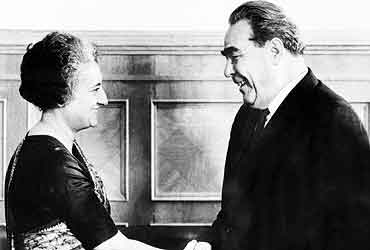 "The Indian diplomat PROKHOR was
recruited...with the help of a female swallow,
codenamed NEVEROVA, who presumably
seduced him. The KGB was clearly pleased
with the material which PROKHOR provided."

"Andropov personally turned down an
...