A reasonably nice kiddie flick, but fails to reach out to adults. Essentially like a cartoon film, utterly simplistic in every aspect—characters, plot or narration. 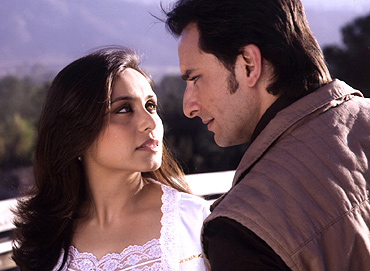 Watching Thoda Pyaar Thoda Magic with a five-year-old, I encountered a stark disparity between the perspectives of a child and an adult towards the same film. The five-year-old still hasn’t graduated to becoming a Harry Potter or Hollywood junkie, she doesn’t look for logic but loves predictability and certainly can’t comprehend what Mary Poppins, Sound of Music, Nanny McPhee or Mr India are all about and how they could have influenced Kunal Kohli. No wonder she enjoyed the film thoroughly. It’s because TPTM is essentially like a cartoon film, utterly simplistic in every aspect—characters, plot or narration. It may have a potentially morbid theme but plays it out as a happily-ever-after fantasy. Moreover, it has four believable, not terribly filmy and cute, kids who the children can empathise with—whether they are...