‘This Is A Political Tsunami Against The Corrupt’

The Tehreek-e-Insaf leader on relations with the army, Indo-Pak relations, ties with the USA, terrorism from Pakistan, 26/11, Hafiz Saeed and much more 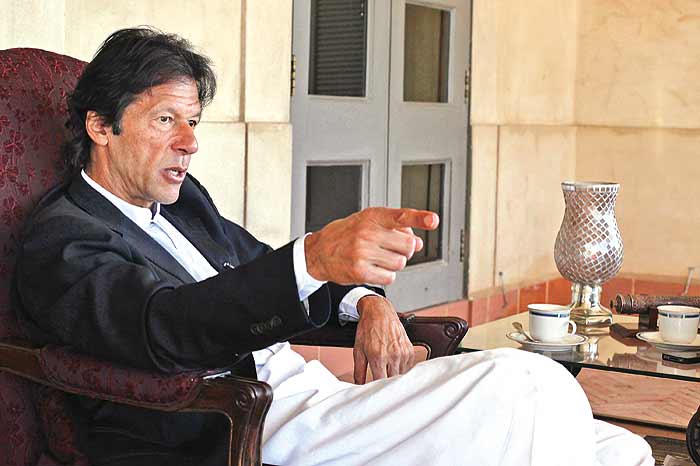 In politically fractious Pakistan, at a time when uncertainty marks relations between its politicians, armed forces and the judiciary, Tehreek-e-Insaf leader Imran Khan has enjoyed a groundswell of support of late. He spoke to Pranay Sharma at his farmhouse off Islamabad, an elegant piece of work, hacienda-like in scale, and overlooking the city down below from the heights of Bannigala. Excerpts from this interview appeared in print: