This Goblin Is Staying

The bogeys in Trump’s rants—Hispanics, Muslims and Blacks— await his time with apprehension 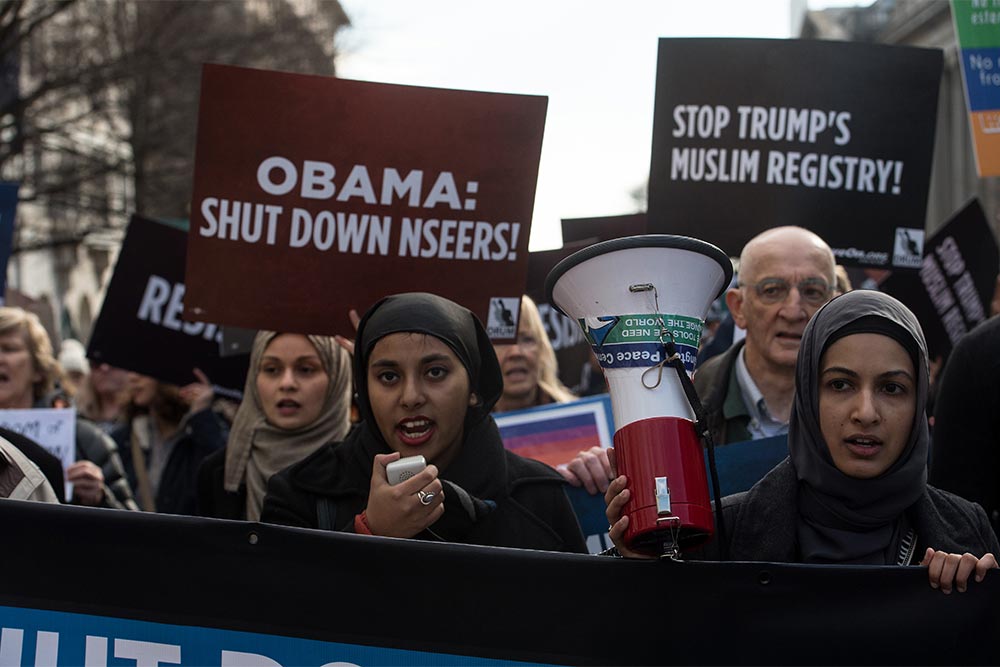 Against The Trumpet
People march against a possible registration of Muslims by the Trump administration
Photograph by Getty Images
Saif Shahin January 12, 2017 00:00 IST This Goblin Is Staying

“All happy families are alike; each unhappy family is unhappy in its own way.” Leo Tolstoy was referring to the tumult in Prince Stiva Oblonsky’s household in this celebrated opening line of Anna Karenina (1877), but he could just as well have been writing about people of colour in the US circa 2017. Be it Hispanics, Blacks or Muslims—all minorities are feeling deeply apprehensive at the cusp of Donald Trump’s presidency. Each of them, however, has its own unique fears about the next four to eight years.

For Thalia Longoria, the concern is personal—and pressing. The 32-year-old high school teacher had surgery on Monday to take out her gall bladder. “They are planning to repeal Obamacare,” she said about outgoing President Barack Obama’s health insurance plan, which Trump and his Republican Party have unflinchingly opposed for years. “Right now I have insurance provided by my employer, which will pay for my surgery. But it scares me what’s going to happen if things change dramatically with...