The theatrical presentation of the writings of Stephen Leacock, the British-born, Canadian political scientist and humourist is entertaining and engaging. 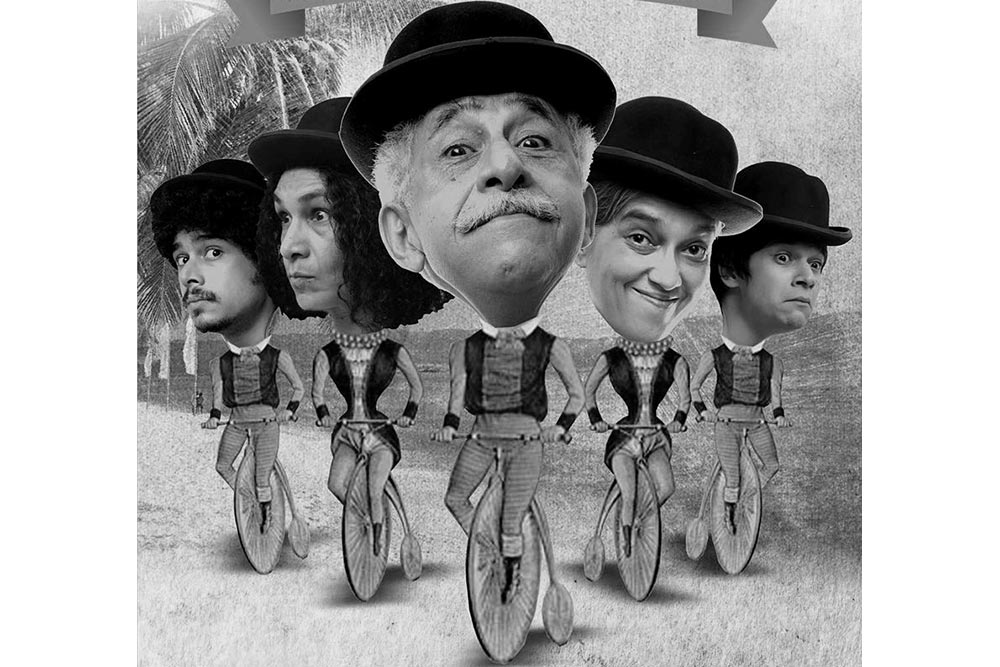 Riding Madly Off In All Directions, the opening play at the Prithvi Festival does what the title suggests and some more. With Naseeruddin Shah, Ratna, Vivaan, Imaad, and Heeba in performance, the theatrical presentation of the writings of Stephen Leacock, the British-born, Canadian political scientist and humourist (1869-1944)—who was requested by none other than Charlie Chaplin to write a script—is entertaining and engaging.

“Advertising may be described as the science of arresting the human intelligence long enough to get money from it,” comes up on the screen as an example of Leacock’s wit. It’s difficult to depict humour not written for stage per se, and Leacock never wrote a play, but when the writing puts its...